The notorious case of Grace Marks continues to be a true crime shrouded in mystery. The provocative murders were especially intriguing to author Margaret Atwood who wrote a fictionalized retelling of the events in her award-winning novel Alias Grace. To understand the enigma that is Marks, here are the true facts about the chilling double-homicide depicted in the Playhouse’s stage adaptation of Alias Grace. 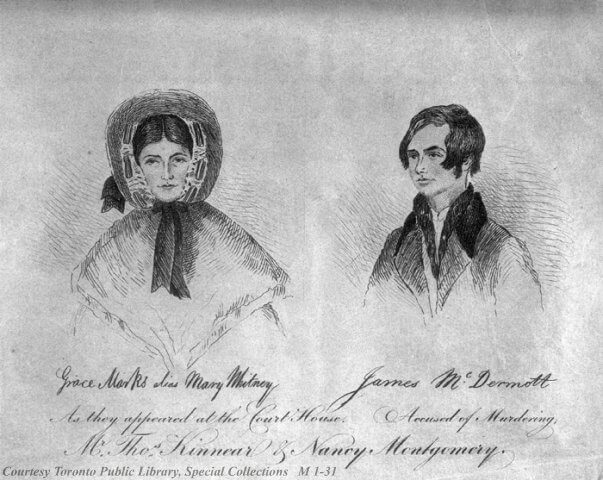 Portrait of Grace Marks and James McDermott, as they appeared at their trial, Toronto. Source.

Marks and James McDermott were Irish-born servants who started working at Thomas Kinnear’s household just weeks before the murder. Marks immigrated to Canada with her family at 12 years old and had worked as a servant for many different households before being hired by Kinnear at the age of 16. For McDermott, he was hired by Kinnear at 20 years old and had previously served as a soldier in a Canadian regiment. 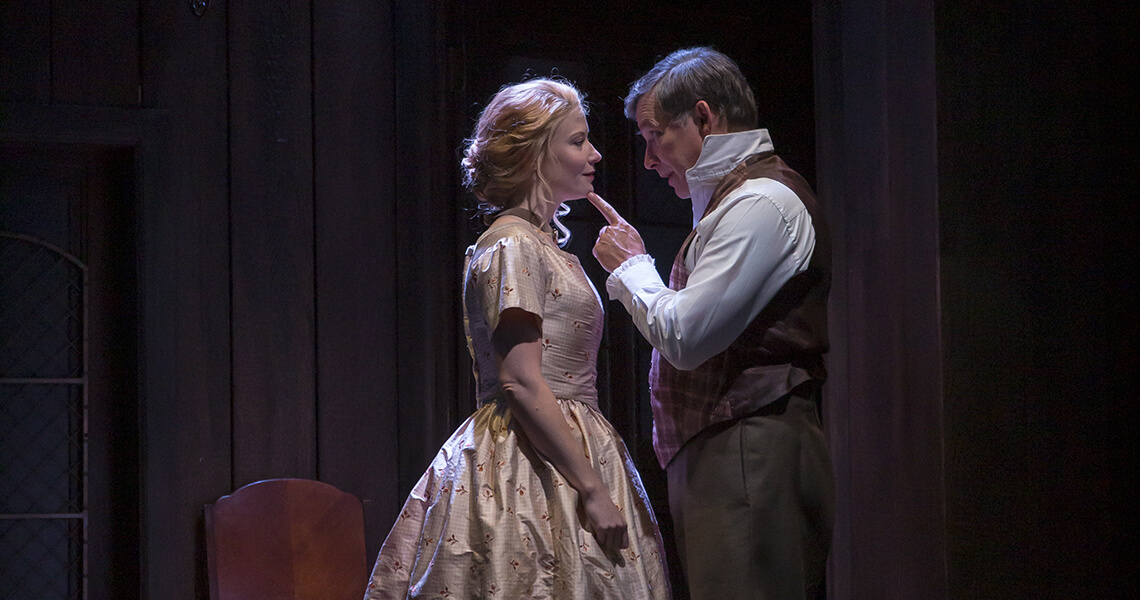 In July of 1843, Kinnear and his housekeeper Nancy Montgomery were found dead in the cellar of his home — located about 16 miles outside of Toronto. Kinnear was shot in the left side of his chest, while Montgomery was struck on the head with an axe and strangled to death. Later, an autopsy revealed that Montgomery was pregnant and exposed that she and Kinnear were entangled in an illicit affair.

It did not take long for investigators to target Marks and McDermott as the suspects. They ran away from the house and were found in New York with a heap of stolen goods. 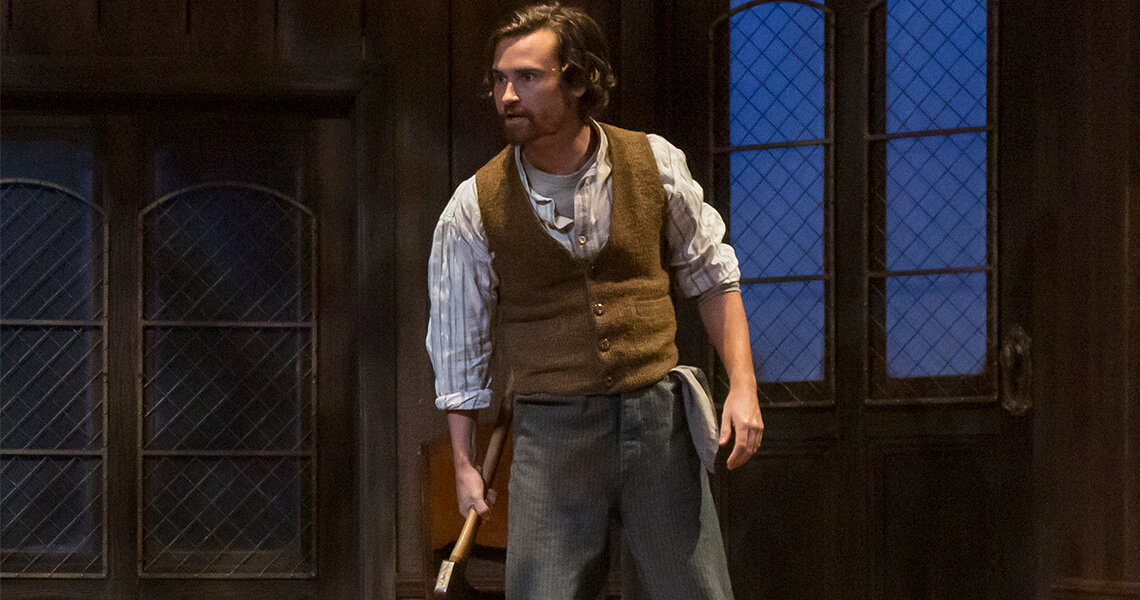 In the trial, Marks and McDermott did not deny their involvement in the double homicide, but both blamed each other as the instigator.

McDermott insisted that Marks “was the means [of the murder] from beginning to end” and that “[he] should not have done it if [he] had not been urged to do so by Grace Marks.” Marks, he said, told him, “I'll assist you, and you are a coward if you don't do it.” After he had struck Montgomery with an axe, McDermott also claimed that Marks went down to the cellar with a handkerchief and “tied the cloth tight round her neck and strangled her.”

Marks, on the other hand, who appeared in court wearing clothes she had stolen from Montgomery, blamed McDermott for the murders and only fessed up to helping “pack up all the valuable things [they] could find.” She testified that McDermott made her “promise to assist him.” After McDermott struck Montgomery on the head, Marks claimed McDermott was the one who took her handkerchief so that he could go down to the cellar to finish the job.

In her research of the case, Atwood was fascinated by how “the witnesses — even the eye- witnesses, even at the trial itself — could not agree” on what they had seen. The Star and Transcript newspaper published a court summary describing McDermott as having “a swarthy complexion, and a sullen, downcast, and forbidding countenance.” Marks, on the other hand, was described as “rather good-looking” and “totally uneducated.” In many accounts, Marks was also said to show very little emotion throughout the proceedings. Nevertheless, eye-witnesses could not agree on how responsible Marks was for the bloodshed. Some were convinced that she was the mastermind, while others perceived her to be a naïve accomplice. 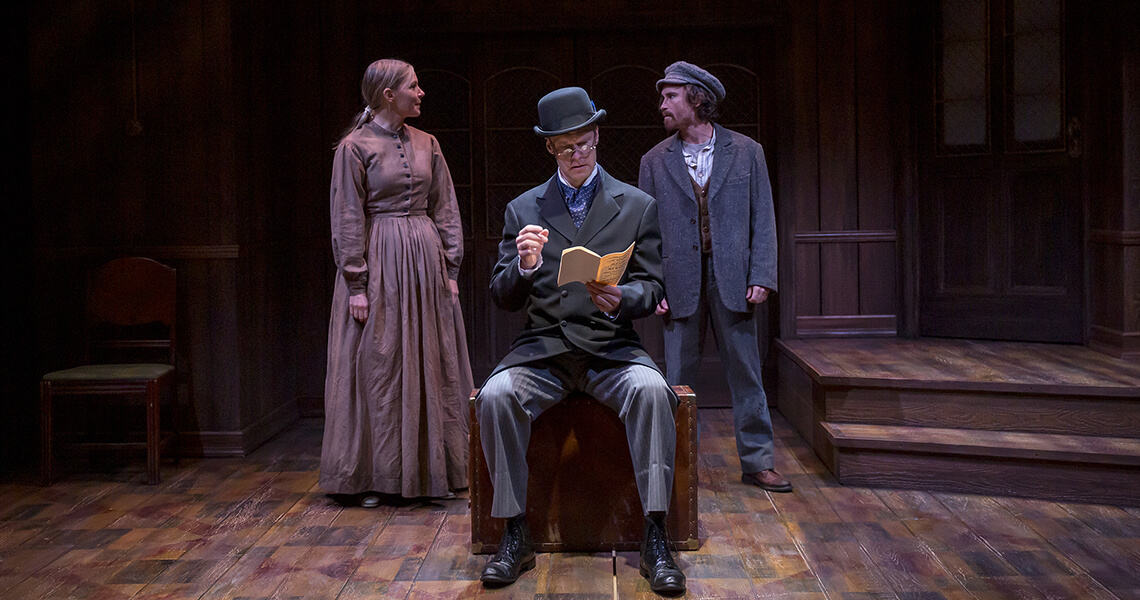 Despite their conflicting narratives about who was the ringleader, Marks and McDermott both confessed to the murders of Kinnear and Montgomery. The partners in crime were sentenced to death, but the jury decided to give Marks mercy and changed her sentence to life imprisonment. Meanwhile, McDermott was promptly executed.

The leniency granted to Marks and not McDermott, who was only four years older, is often acknowledged as a prime example of the deep-rooted assumptions about the inherent nature of women. “If you had to choose, then instinctively you would think because [McDermott] was the man that he was more in control,” Susan E. Houston — a professor emerita of History at York University in Toronto — told Smithsonian.com. “They played down the possibility that she could possibly have initiated this, or figured it out, or had any control over this young man ... And so therefore, he's the one who is the more culpable.”

Nine years into her sentence, Marks was briefly sent to the Provincial Lunatic Asylum. Little is known as to why she was transferred, but supposedly the asylum superintendent suspected Marks of faking her insanity. 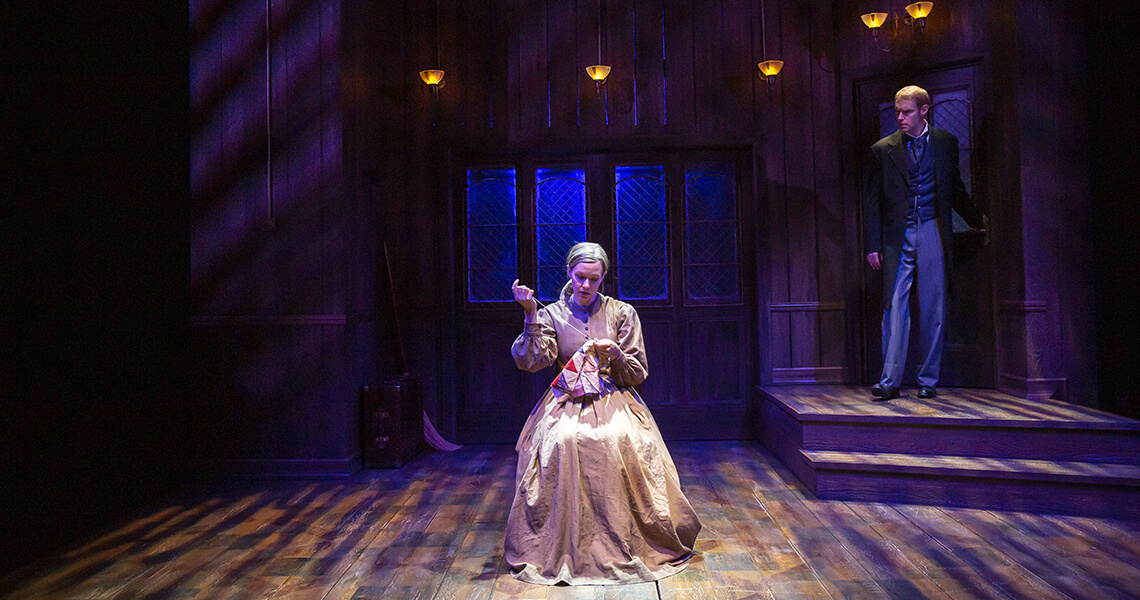 In 1872, after serving almost 30 years in prison, Marks was granted a pardon. She allegedly moved to New York and then vanished from history. Upon her release, however, she made one thing clear. When the penitentiary asked, “What has been the general cause of your misfortunes?” Marks replied, “Having been employed in the same house with a villain.”