Share
Naomi performed in last season's A Prayer for Owen Meany and is happy to return to Cincinnati. She is an affiliated artist at Shakespeare Theatre Company in Washington, DC where she's done more than a dozen productions, most recently MacBeth directed by Liesl Tommy, and has been a member of The Woolly Mammoth Theatre Company for 20 years collaborating in many premieres (Dead Man's Cell Phone). Other credits include The Kennedy Center (The Guardsman), Arena Stage (A View from the Bridge), Signature Theatre (Cabaret), Ford’s Theatre (State of the Union), Folger Theatre (The Winter’s Tale), Round House Theatre (The Lyons), Olney Theatre Center (Awake and Sing) and Wolf Trap Opera (The Inspector), as well as L.A. Theatre Works (All My Sons), the Guthrie Theater (The Real Inspector Hound), Goodman Theatre (Pericles), Center Stage, Milwaukee Repertory Theater, Arizona Theatre Company, Delaware Theatre Company and the Berkshire Theatre Festival. Television credits include Her Father’s Eyes (A&E) and Homicide (CBS). Naomi has received the Lunt-Fontanne Fellowship, three Helen Hayes Awards, 16 nominations and the DC Arts Commission Individual Artist Grant. She is a proud member of Actors Arena and Actors’ Equity Association. 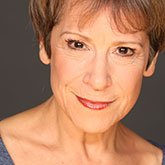 I started acting in plays my sister wrote when I was 7. She played the heroine and I played all the supporting characters — witch, prince, ogre, frog. When I was 11, we performed Gone with the Wind. It took three days. I played Rhett, Ashley, Mammy, Suellen, Prissy — everyone but Scarlett. I took acting as an elective all through junior high and high school then majored in acting at UC San Diego, Pacific Conservatory of the Performing Arts, and received a full scholarship to the MFA training program at Temple University.

I saw a production of Brigadoon when I was 5. As a world appeared out of fog, I realized people lived there and knew at that moment, my passion was to live in that magical world. Favorite part: investigating different personalities, discovering how behavioral quirks manifest physically, psychically and emotionally, and hopefully revealing the human condition. 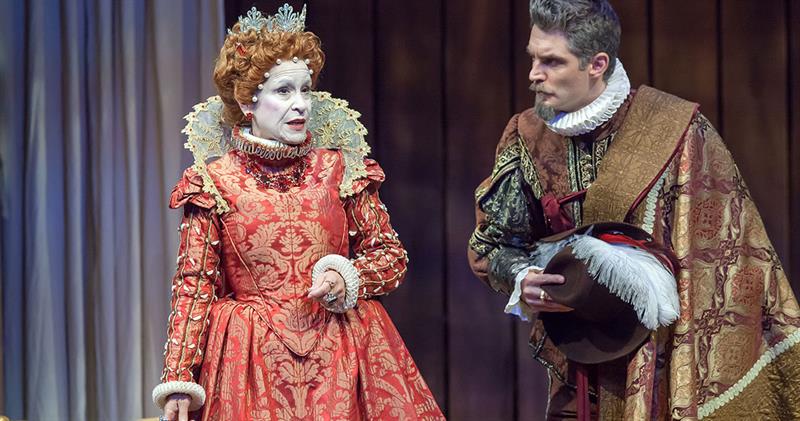 Two roles: Eleanor in Dead Funny, a British play by Terry Johnson; she is caustic, wisecracking, sexy and devastated — a full spectrum of comedy and drama. We did the American premiere at Woolly Mammoth. And Vigils by Noah Haidle — the Widow goes from 17 to 40. It was challenging, funny, tragic and hopeful, like life.

Kate in Taming of the Shrew, only because I've never seen anyone express the depth of her final speech.

5. What has been the most interesting part of working on Shakespeare in Love so far?

Watching this amazing group of artists discover the broadness and subtlety of this clever piece. Playing the characters (some of whom are actors), we have to both comment on playing a part, while playing the part with all the truth we can muster.

To learn more about the Playhouse production of Shakespeare in Love, visit the production detail page.