Share
Daniel Beaty has built his artistic career on a foundation of social healing and transformation. He is an actor, singer, writer and filmmaker whose central focus is to tell stories that reflect complex social issues in the hope that audiences respond to characters and events with compassion and understanding. The Playhouse’s production of his play Mr. Joy, for example, introduces nine different characters who have unique stories to tell about their lives and their community. Themes of race, class and identity are woven deeply and thoughtfully throughout the story.

While Beaty has established himself as an acclaimed artist, he is also an activist driven to empower individuals to better their communities. In 2012, he created the non-profit I Dream, a social justice initiative that uses arts as a tool to enact change. The organization uses immersive group exercises and trauma recovery to encourage young people to rewrite the story of race and class inequity in America.

Here’s a look at other artists and organizations who are working today to create meaningful art that aims to make a social impact.

Rick Lowe: Public Artist
“One of the contributions that the arts and artists bring is the tool sets of listening and having a heightened sense of perception about the aesthetics and possibilities of things.” — Rick Lowe

The art world is full of creators who protest and challenge social and cultural ideas, and Lowe doesn’t exactly count himself out of that group. But he’s taken this practice in a practical direction with Project Row Houses, a public art project that has revitalized a neglected neighborhood in Houston, Texas. Lowe, a MacArthur fellow, founded the initiative in 1993. He and a group of artists purchased and restored 22 “shotgun houses” in the city’s predominantly African American Third Ward, transforming the neighborhood into an arts venue and community support center.

Residents include emerging and established artists, along with artistic mentors and mentees. Eight of the houses are studio and exhibition spaces, and seven houses host the Young Mothers Residential Program — an initiative that supports single mothers as they finish school. In addition, Project Row Houses provides programs in arts education, organic gardening and historical preservation.

ACTual Theatre of the Oppressed Troupe
“Plays by any means necessary.”

As a project of the non-profit group Partners for Collaborative Change, ACTual Theatre of the Oppressed Troupe uses theatre as a tool for direct social action. It is comprised of 11 Theatre of the Oppressed practitioners whose dramatic, interactive work prompts critical discussion between the players and the audience. The objective is to spur enough discussion to impact public policy, legislation and campaigns.

The troupe employs tactics created by the game-changing director and dramatist Augusto Boal, originator of Theatre of the Oppressed. This form of theatre dramatizes realistic situations that are rooted in oppression, and it calls for the audience to participate directly in the performance. The audience becomes a group of “spect-actors,” as opposed to passive spectators to dramatic situations of injustice, in the hope that this direct address inspires real world change.

Participant Media
“Participant’s content combines the power of a good story well told with opportunities for real world impact and awareness around the most pressing global issues of our time.”

Participant Media is a media production company that creates films inspired by and focused on global and social issues. Its most well-known titles include the documentaries An Inconvenient Truth, He Named Me Malala and CITIZENFOUR, and feature films include Deepwater Horizon, Spotlight and The Help. Since its creation on 2004, the company has produced more than 75 movies while earning 52 Academy Award nominations and receiving 11 wins.

Central to Participant Media’s mission is the opportunity for viewers to mobilize around issues related to its films. Its website provides resources for and in-depth content about the issues pertaining to each film, such as domestic workers’ rights for The Help, the HIV/AIDS epidemic for Angels in the Dust, and gun ownership and gun violence for An American Gun.

The philosophy behind Kaur’s work is simple: storytelling plus advocacy equals social change. She is a documentary filmmaker, essayist, media commentator, civil rights activist, lawyer and Sikh American justice leader. She is the founder of Groundswell Movement, a multi-faith online organizing community, as well as Yale Visual Law Project, which trains law students to produce documentaries about social issues and public policy.

Kaur’s first documentary Divided We Fall: Americans in the Aftermath (2008) played nationally and internationally upon its release, scooping up multiple awards and critical acclaim. The film takes an immediate and sobering look at hate violence against Sikh and Muslim American communities in the aftermath of 9/11. Kaur provides interdisciplinary teaching guides for educators and viewers as supplementary content. In 2016, Kaur co-founded Seva Productions to support creative entertainment projects oriented towards social justice. 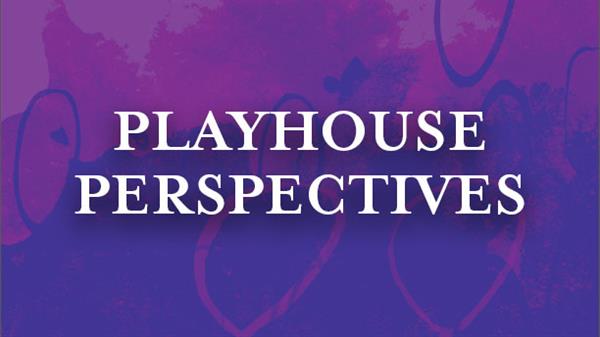 Interested in learning about similar arts organizations in Cincinnati? Join us on Monday, Oct. 9 at 7 p.m. at the Playhouse for a special performance and panel event, Creating Art for Social Change. The event is free and open to the public, but registration is required through the Box Office 513-421-3888.

To learn more about the Playhouse’s production of Mr. Joy, visit our production detail page.


Photo of Debra Walton in Mr. Joy by Mikki Schaffner.