Share
What happened to Mr. Joy? A Harlem community is shaken when the Chinese-American shoe shop owner is the victim of a sudden and violent attack. Through the lens of Mr. Joy’s customers, we learn the subtle yet profound impact he had on each of them. Set Designer Misha Kachman and Cincinnati Playhouse in the Park Properties Manager John Gallagher share their artistic insight into bringing the highly detailed and realistic scenery of the community to the Shelterhouse stage. 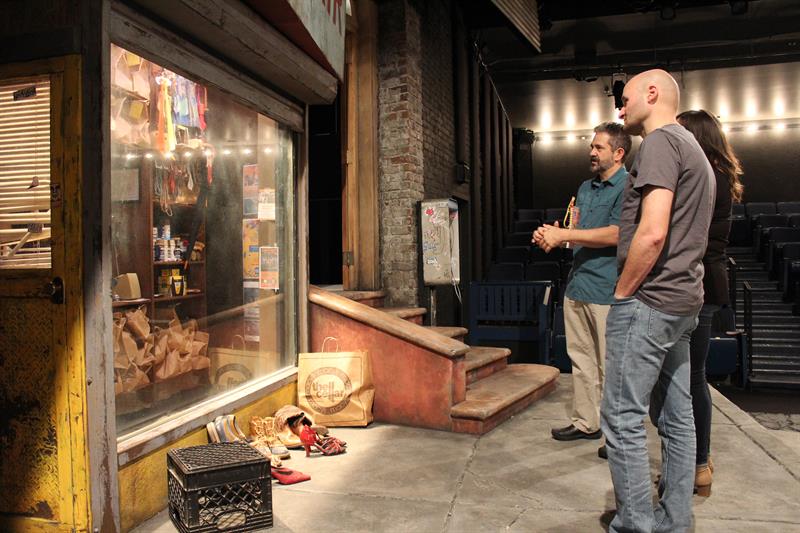 Cincinnati Playhouse in the Park Properties Manager John Gallagher and Set Designer Misha Kachman on the set of Mr. Joy.


MISHA: The script is a one-person show and we are doing a full-fledged production of it. So, the first question was, what is the role of the design and what do we have to deliver? And there were basically two possibilities: to treat it as a piece of stand-up and design the set accordingly — so essentially there is no set — or, we are in Harlem in 2012. But we are doing the show in Cincinnati and we have an obligation to introduce the audience, to inform the audience, to flesh out this place and time for the audience. And that swings us into this world of, for lack of a better word, realism. Of course, it’s a poetic environment but at the same time, it’s a piece of reality. 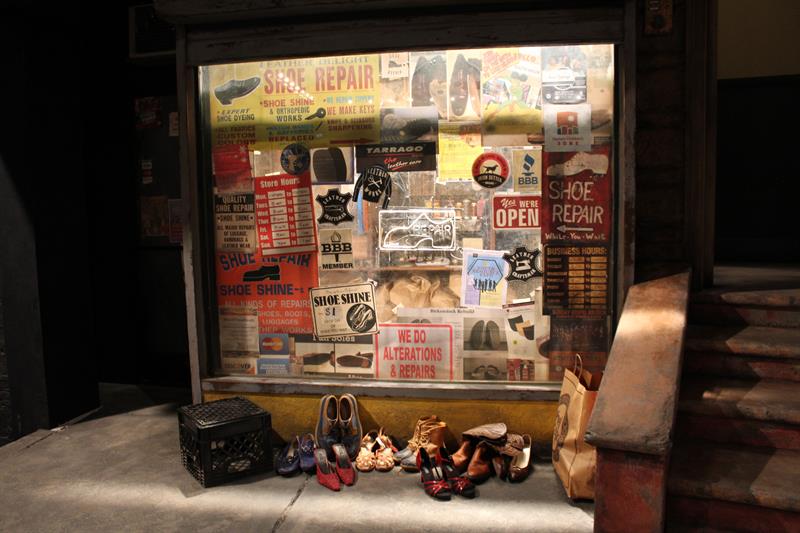 MISHA: We’re very place- and time- and site-specific, so we have to stay very faithful to that community. You have to pay attention. It’s like the Greek coffee cups [in New York]. You can’t get those anywhere. But if you’re in New York, you have to get them, right?

JOHN: It’s the iconography. That’s something that I found when Misha got here and we  were discussing the details of what we would put in the shop. It was really great to see that he had thought about a lot of those little details, including, for example, the stickers on the telephone, the air conditioner over the door, the fire hydrant, the subway grating, the intercom on the wall. All of those details really set it. 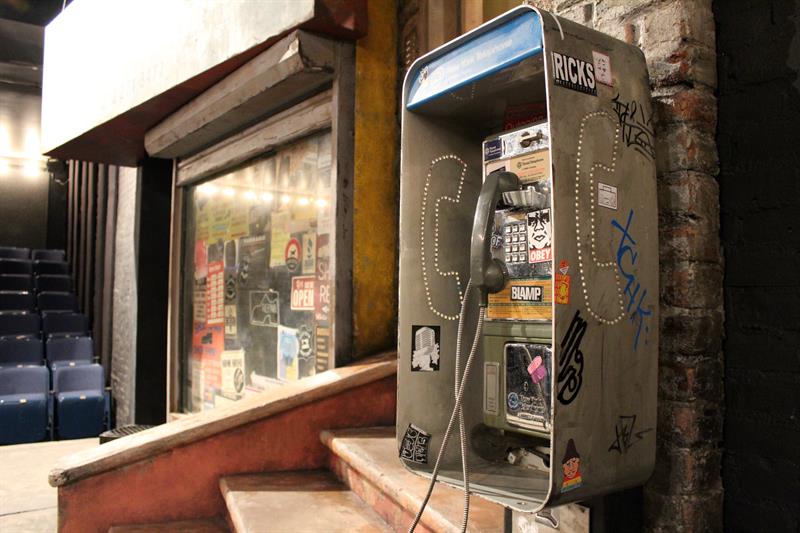 MISHA: We made the man hole cover very generic because I thought it was too much trouble to make it say New York. We could have gotten a real man hole cover here in Cincinnati but that would have said something Midwest-specific… It’s a fine line between design and reconstruction when you do realistic scenery.

JOHN: We’re setting this in 2012 so a lot of this is modern materials. We did make some of the boxes by unfolding a box, copying, then re-folding. But other than that, a lot of this stuff — like the shoelaces — we got some of it at Clarence Howell Shoe Repair here in Cincinnati, Ohio. He was actually instrumental in allowing me to go inside his shop and take photographs of the various areas of his shop — both the retail and the backstage of his shop — and we based a lot of what we created here and what we chose on materials and retail that he had in his shop. 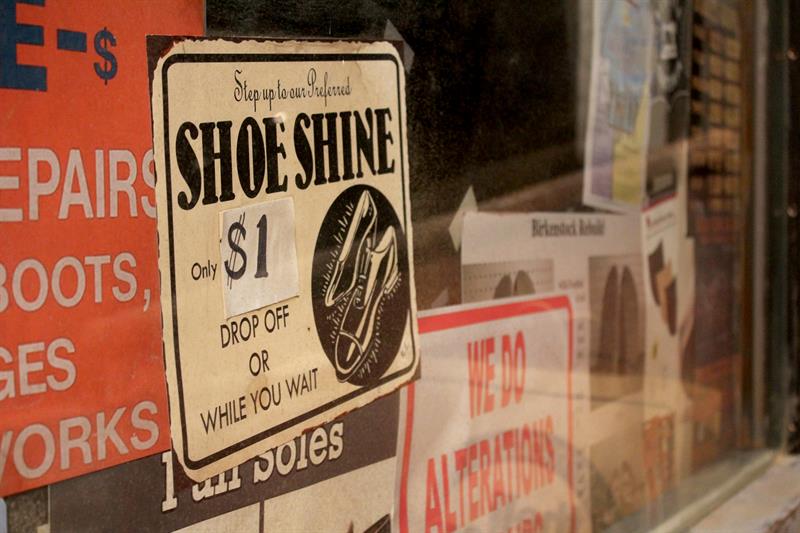 JOHN: When I went into Clarence Howell Shoe Repair, I was able to watch him engage with his clientele and see how he interacted with them, and that gave me a feel for what materials needed to go in there just based on some of the texture of his own shop and how his texture got there. People leaning on the counters, the bell on the counter. He actually has a bell on the counter with a little note that says, “ring bell please.” So, I came back and was like, “We’ve gotta have a bell.” 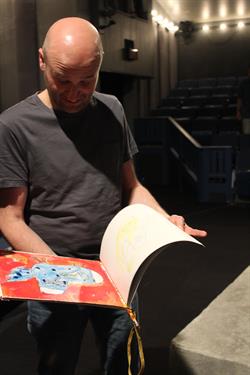 MISHA: Clarissa is obsessed with shoes and she makes renderings, paintings of fantasy shoes. The shoes that she will be making once she gets into the business with Mr. Joy. So, those were supposed to look like children’s drawings. Children’s drawings made by adult painters always look fake — always. And it just so happens that I am related to someone who runs a children’s art studio. And I asked my wife to give this to her kids as a project, and there are kids of various ages here. And they did! And then I scanned those images and sent those to John and he printed them — I had return to the original artwork to the kids.

To learn more about the Playhouse's production of Mr. Joy, visit our production detail page.