Share
Tony Award-nominated Broadway director and choreographer Marcia Milgrom Dodge describes the artistic aesthetic behind The Curious Incident of the Dog in the Night-Time. 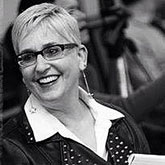 Under the direction of Marianne Elliott, the stage production of The Curious Incident of the Dog in the Night-Time made its world premiere at the Royal National Theatre in London in 2012, its West End debut in 2013 and its Broadway debut in 2014. How have you brought the story to life, and what makes it markedly different from these previous productions?

The first thing I do when I get asked to direct a project is read and re-read the text and read and re-read the source material, in this case the beautiful novel by Mark Haddon. My goal is to bring to light all the play has to say. Then I become like Sherlock Holmes and look for clues that lead me to choices about the physical production. Next, I begin brainstorming with my set designer, the brilliant Narelle Sissons, and soon we have a “world” that will support and illuminate the text. Our desire is to create a world that at times is familiar, at times very strange and at times extremely surprising and magical. What’s markedly different from Marianne Elliott’s production is that ours will utilize theatrical stagecraft without 21st century video technology. Her production imagined what was going on inside Christopher Boone’s head at all times. Ours digs into the relationships as they happen, however messy and complicated, with actor-driven transitions and by creating various environments with the help of the audience’s imagination. 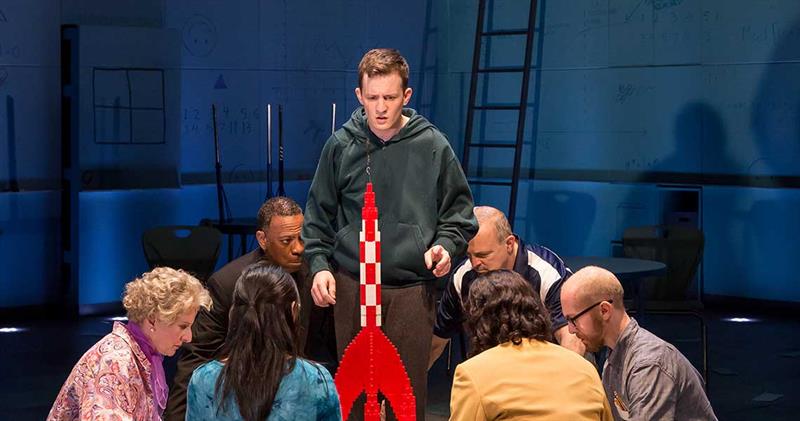 Christopher Boone (Nick LaMedica) and the cast of The Curious Incident of the Dog in the Night-Time. Photo by Mikki Schaffner.


Simon Stephens’ script follows the lead of the novel, which tells the story through the first-person perspective of its protagonist, Christopher. How does this production approach that unique point of view?

We have a thrilling cast led by the astonishing young actor Nick LaMedica as Christopher Boone. The structure of the play puts Christopher front and center as his teacher Siobhan reads passages from his story. Joined by the faculty at Christopher’s school, all take parts in bringing Christopher’s story to vibrant life. His parents’ scenes are heart-wrenching as they struggle to parent this complicated young man. Everything in our production supports Christopher’s odyssey as he tries to unravel not one, but two mysteries and come to new understanding with his limitations. 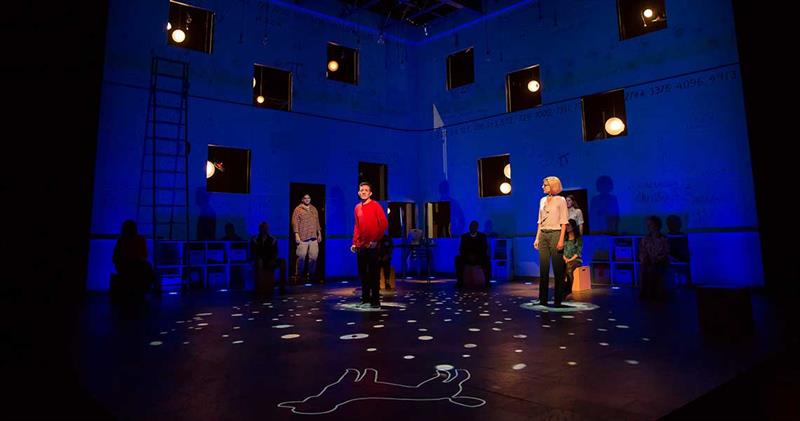 Ed (Jimmy Kieffer), Christopher Boone (Nick LaMedica), Siobhan (Kathleen Wise) and the cast of The Curious Incident of the Dog in the Night-Time. Photo by Mikki Schaffner.


Both Stephens and Haddon have explained that this is a story about relationships, difference and understanding. How do you interpret these themes and how do we see them in this play?

I believe relationships are the key to all theatrical performances, and digging into them is the most exciting parts of our rehearsals. Every character in our story must figure out how to interact with Christopher, who is never defined by being on the spectrum but because of certain clues in the text certainly point us to that result. Christopher perceives the rest of the world as being different, and as someone who always tells the truth, cannot process when others don’t. Stephens gives us a structure that leads us to mine these differences and provide Christopher with opportunities to depart his comfort zone and explore new locations, taking on responsibilities he never imagined he could handle. My job is to translate all of these ideas into action. I approach the staging with a combination of pedestrian behavior and stylized movement to illuminate these themes.

To learn more about the Playhouse's production of The Curious Incident of the Dog in the Night-Time, visit the production detail page.