Share
Eleanor made her Cincinnati Playhouse in the Park debut with The Revolutionists in 2016. She returns to direct the Playhouse's production of Miss Bennet: Christmas at Pemberley, presented by Leading Ladies. 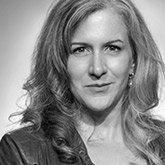 Her off-Broadway credits include Selma ’65 (La MaMa Theatre); Steve & Idi (Rattlestick Playwrights Theater); Cycling Past the Matterhorn (Clurman Theatre); and The Imaginary Invalid and Mary Stuart (The Pearl Theatre Company). Regional credits include The Crucible, and the world premieres of Fickle: A Fancy French Farce and I and You (Olney Theatre Center); the world premiere of a new adaptation of Cyrano de Bergerac (Perseverance Theatre); Vanya and Masha and Sonya and Spike (The Orlando Shakespeare Company); God of Carnage and Pygmalion (Everyman Theatre); After the Revolution and Something You Did (Theatre J); Gee’s Bend (Arden Theatre Company); Hamlet, As You Like It, The Tempest and Twelfth Night (Shakespeare & Company); Educating Rita, Noises Off, Art and Other Desert Cities (Triad Stage); Julius Caesar and MacBeth (Milwaukee Shakespeare); The Two Gentlemen of Verona (Alabama Shakespeare Festival); A Midsummer Night's Dream (Shakespeare Festival St. Louis); Henry V (Shakespeare on the Sound). Upcoming productions include Tenderly: The Rosemary Clooney Musical (Florida Rep) and Richard II (Orlando Shakespeare Theater Festival). Eleanor has been founding Artistic Director for the Red Heel Theatre Company, Resident Assistant Director at Shakespeare Theatre and Resident director at New Dramatists. She has worked at the Yale School of Drama, New York University and the Juilliard School, and she currently chairs the Drama Department at Catholic University. She earned her BA from Sarah Lawrence College and MFA from Yale School of Drama.


Miss Bennet is an imagined sequel to Jane Austen's Pride and Prejudice. How does this script speak to Austen fans, and how does it appeal to Austen newcomers?

Fans will delight in the new situation of the characters that they have so come to love; Austen newbies will find a world brimming with froth and wit and characters filled with life. At the end of Pride and Prejudice, Austen has her heroine Lizzie Bennet (the new Mrs. Darcy) write her family, “Mr. Darcy sends you all the love in the world that he can spare from me. You are to come to Pemberley at Christmas.”

Gunderson and Melcon took this as a springboard to imagine a rich story filled with the wit, humor and heart of the original. Their love for the material is immediately evident, as the characters encounter each other again and strive to find love, acceptance and happiness. The ancillary characters who complicated Lizzie’s struggle to find love are reexamined here as rich individuals worthy of reconsideration: Lydia Wickham, Anne de Bourgh and Mary Bennet are seen not just as foils for the love stories of Jane and Elizabeth but as characters in their own right, with arcs, foibles and identifiable desires of their own.

Austen fans will be able to enjoy the more adult stories of their favorite heroines, as Jane comes to terms with impending parenthood and Lizzie strives to turn the august and somewhat stodgy shades of Pemberley into a home brimming with life and love.

Miss Bennet's central character is Mary, the middle of five Bennet sisters. Jane Austen's Mary is mousy and quiet, but this play meets Mary two years later, after she has come out of her shell. Why is Mary an interesting character to see in a new light?

Austen writes caustically of the middle Bennet sister, “Mary had neither genius nor taste, and though vanity had given her application, it had given her likewise a pedantic air and conceited manner, which would have injured a higher degree of excellence than she had reached.” And yet, at the time of Pride and Prejudice, Mary is only 18, struggling to live up to the example of her older, more popular sisters.

Playwrights Lauren Gunderson and Margot Melcon take Mary into her future, hammering her into someone who, out of the shadows of her sisters, has gained a greater sense of herself. In the interim, she has not only continued to apply herself to the piano but has developed a keen interest in the science of the natural world. She has forged herself into someone with hopes and dreams but little recourse within a society based on a very specific feminine ideal.

Melcon and Gunderson have created a feminist character for today: a young woman not willing to fit into the role of “marriage material” assigned to her, instead striving to find a way to bring her love of knowledge and the pursuit of a “life well-lived” to fruition. 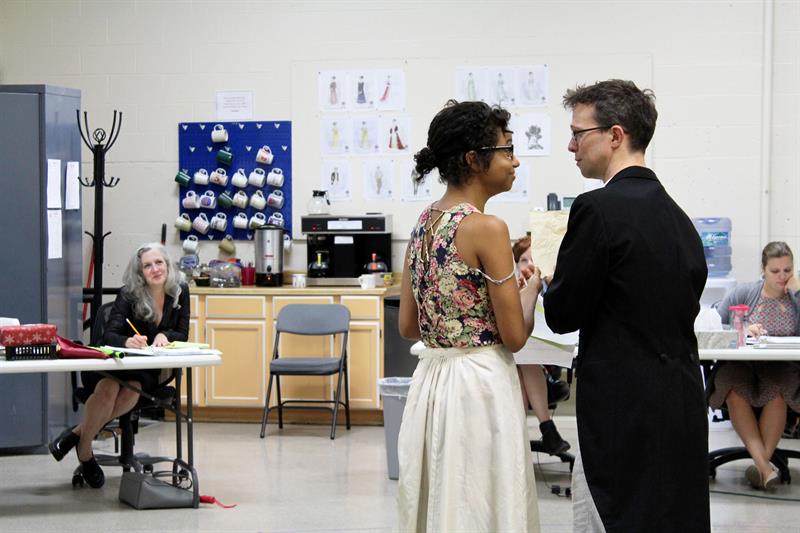 While Miss Bennet centers around a love story, it is also about sisterhood. What is your approach to directing these unique and spirited sisters?

For Austen, the characters of younger sisters Lydia and Mary were the butt of the joke — the people around heroine Elizabeth Bennet, on whom Austen sharpened her wit. Lydia was silly, flirtatious and boy-crazy. Mary was prissy, pedantic and judgmental. Together, their behavior both embarrassed Lizzie and seemed to be an obstacle for the older sisters’ attempt to find love. And yet, Mary and Lydia were young girls who hardly knew themselves, trying to find their way between a quixotic and silly mother and a witty and somewhat caustic father.

In the world of this play, we see the sisters come together again after almost two years apart. Through Lizzie’s invitation to spend Christmas at Pemberley comes the chance for the sisters to re-forge a family with their older selves, to carve out what will become their adult relationships. We see Lizzie’s struggles to overcome her prejudice against her sisters who so embarrassed her, Jane’s attempts to help out where she can even while she deals with her impending motherhood, Lydia’s strivings to find happiness within a bad marriage she can’t get out of, and most of all Mary’s desire to get out of the mold she was forced into as middle sister.

This play celebrates how we reform relationships as we become adults and step away from the prejudices and stereotypes we’ve developed around family. As these four sisters come together, we see them break out of the past to form supportive bonds that are buoyed up by their great love of each other. 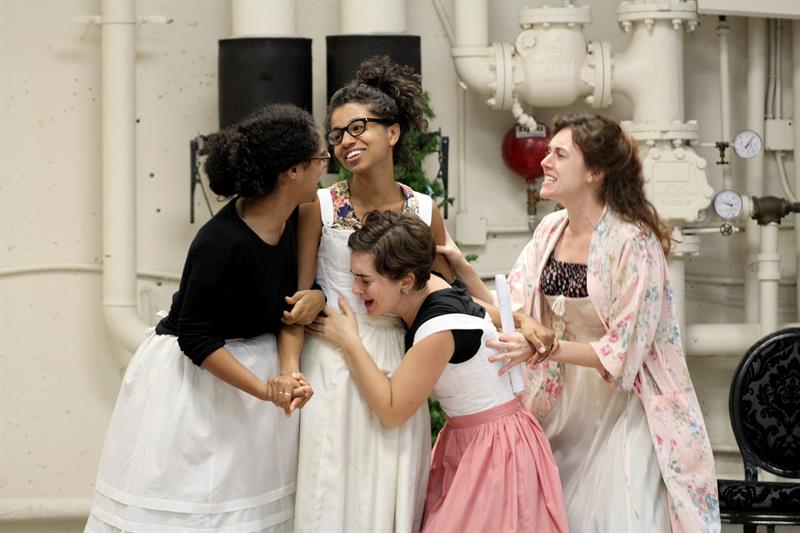 You previously directed Miss Bennet at Round House Theatre in Bethesda, Maryland. You have also directed two other world premieres by playwright Lauren Gunderson, co-author of Miss Bennet, including the Playhouse's world premiere of The Revolutionists in 2016. What did you learn during these experiences that will flavor this production?

Lauren’s writing is always fresh, intertwined with humor and pathos. I’ve learned that it’s important to set up a fast pace for the set-up of jokes and the landing of them; to let the jokes build but leave room for the moments where the text opens up to reveal Lauren’s wonderful compassion for the yearning and messiness of our humanity.

This is Lauren’s great gift and talent. What is wonderful as well is to see how Margot’s sense of period and form and narrative drive augment Lauren’s brilliance so that this play is a wonderful forward-moving drama and comedy all at the same time. I’m thrilled to have the chance to work on it again. 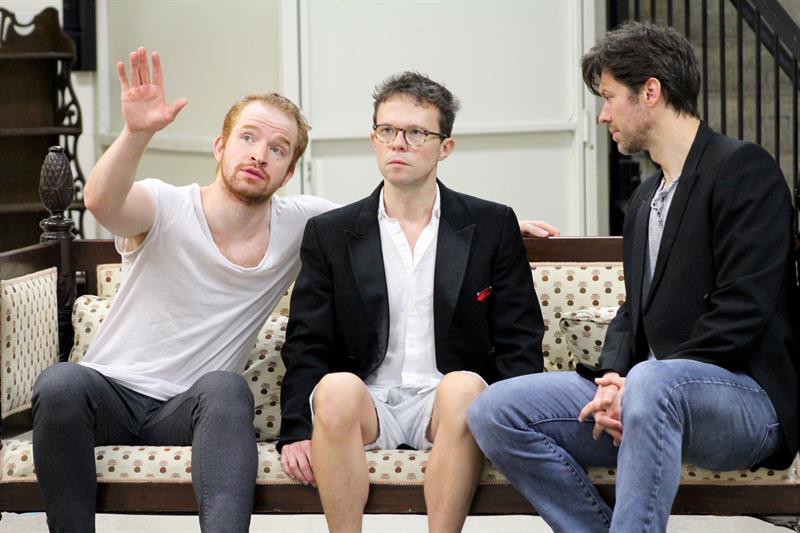 In Miss Bennet, protagonist Mary calls the concept of choice "the most liberating possession of all." Why are the messages of independence and choice important to bring to the stage today?

You would think that choices for women wouldn’t still be an issue for today. And yet… Although Lauren Gunderson herself, the most-produced playwright in America for the last two years running, is forging the way, women playwrights and directors represent only about 20 percent of the work on American stages. (As a side note, that is why it was so rewarding to direct Playhouse’s world premiere of The Revolutionists in the same theatre at the same time as the world premiere of Karen Zacarías’ Native Gardens.)

Politically, we are also still at about 20 percent: As of today, there are only 23 out of 100 women in the U.S. Senate and 84 out of 535 in Congress. When Austen published Pride and Prejudice 205 years ago, there was little for women outside their status as a wife. For a character like Mary, lacking in those ideal characteristics for a wife, little recourse was left but to live out life with her parents, as in fact Austen did herself.

Today women can, for example, study and pursue careers in science but have fewer choices than our male counterparts and must struggle to attain even that 20 percent. What is so wonderful about this play is that it doesn’t solve the problem for Mary — even though she finds a man who values her for her intellect — but presents as still needing to be solved. We see how far we’ve come but how much progress we still have to make. You can only choose when you are presented with a choice. 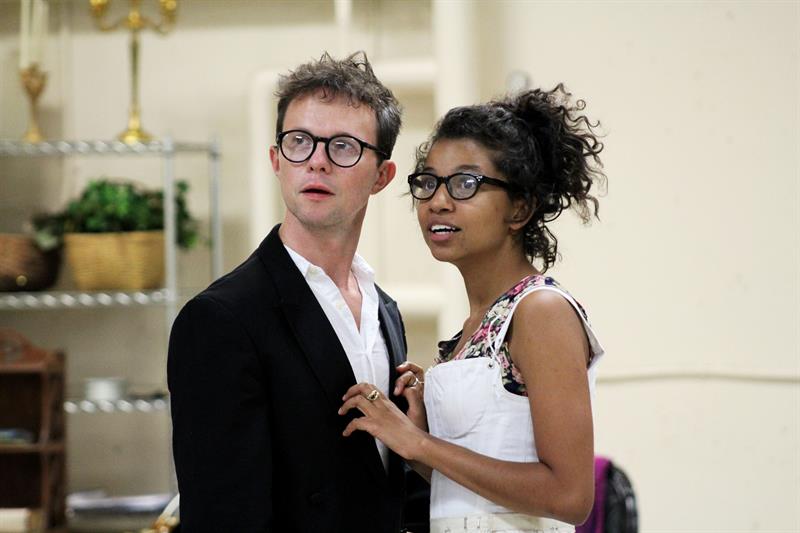 Lastly, what do you hope audiences will take away from this charming and warm-spirited story?

It is a perfect confection for this time of year. I want audiences to celebrate love and the finding of love when hope for it seems lost. I want us to be inspired as the play takes a forgotten, overlooked and marginalized character and makes her live as a feminist heroine for today. Mary doesn’t give up one ounce of herself as she finds an improbable love. We should give up not an ounce of the integrity and good will at our core as humans. I want us to celebrate smart women and the re-forging and coming together as a family. I want us to celebrate the opening up of hearts and homes to outsiders, who don’t at first seem like family, but then become so.