Kara’s regional credits include Gem of the Ocean at Round House Theatre; The Color Purple at Portland Center Stage; The Wiz at Ford’s Theatre; Nina Simone: Four Women and Native Gardens at Arena Stage; Ragtime and The Mountaintop at Trinity Repertory Company; Seven Guitars and we, the invisibles at Actors Theatre of Louisville; A Raisin in the Sun at Indiana Repertory Theatre and Syracuse Stage; A Guide for the Homesick at Huntington Theatre Company; In the Heights at Geva Theatre Center; Barbecue at Geffen Playhouse (NAACP Best Costume Design Award); and Much Ado About Nothing and The Comedy of Errors at Oregon Shakespeare Festival. Off-Broadway design includes The Niceties at Manhattan Theatre Club and Dot at Vineyard Theatre. Kara has worked as Assistant Costume Design for television on The Marvelous Mrs. Maisel, Daredevil and Boardwalk Empire. She received her training from NYU’s Tisch School for the Arts. Visit www.KaraHarmonDesign.com. 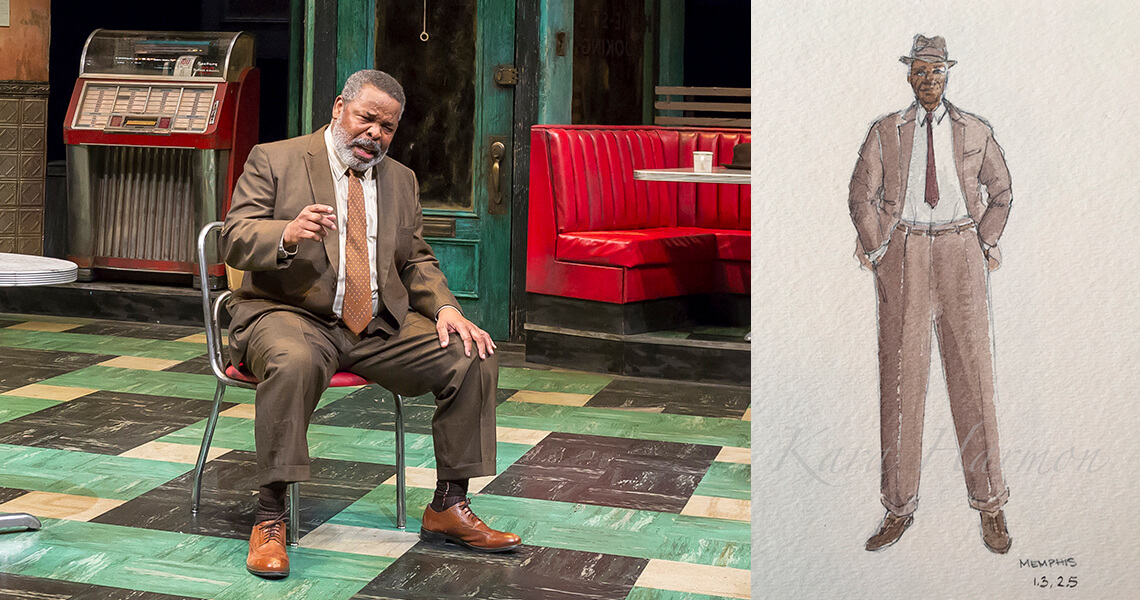 
Tell us about your initial response to reading August Wilson’s script. What major themes and ideas stood out to you? How did you interpret the story’s overall message?

Wilson’s script allows the reader to take a glimpse into the everyday lives of African Americans in 1969, but much of the subject matter resonates with today’s issues. Race, gentrification, freedom and economic strife are the themes debated in this play, while each character is striving to feel loved and hopeful. Holloway says, “That's all you got. You got love and you got death. Death will find you... It's up to you to find love.” This is the line that stood out to me when I first read this play, because it will always feel relevant and is easy to forget during difficult times. 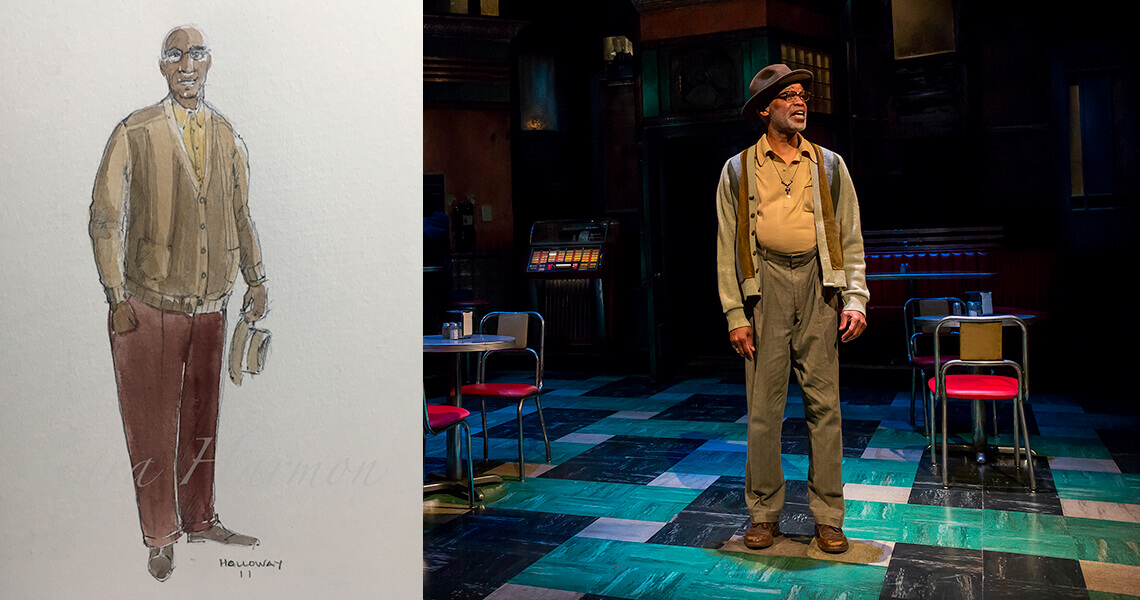 
Two Trains Running takes place in 1969 Pittsburgh. Tell us about your approach to outfitting the characters of this world. What were your sources of inspiration, and what influenced you the most?

Outfitting the characters is this piece began with a lot of photographic research. I was inspired by photographers of the period including Bob Adelman, Bruce Davidson and Danny Lyon. I also really love looking at people’s vintage family photos online because it allows me to look in on the lives of people who make up a part of a larger community and that's exactly what Wilson’s work does. 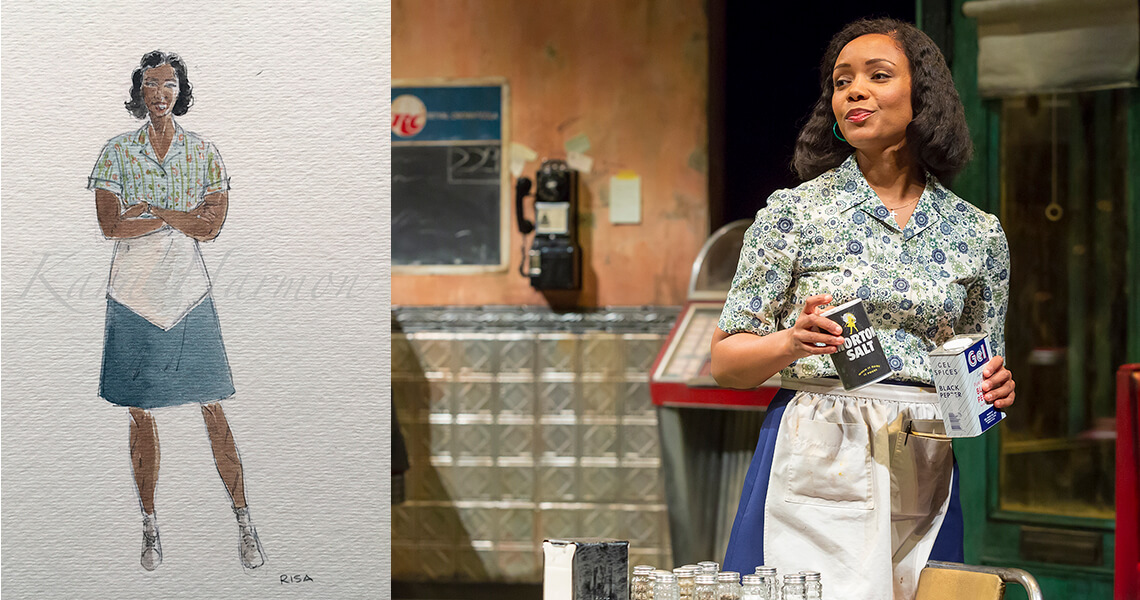 
How would describe each of the characters in the script? What do you aim to communicate about them through their wardrobe?

Each character can start to be sculpted by clues found in the text; their occupation, descriptors from Wilson or other characters in the play and events that transpire during the play. My goal is to always make the clothes feel natural on the person when you see them onstage. I aim to communicate honesty and humanity through the design. 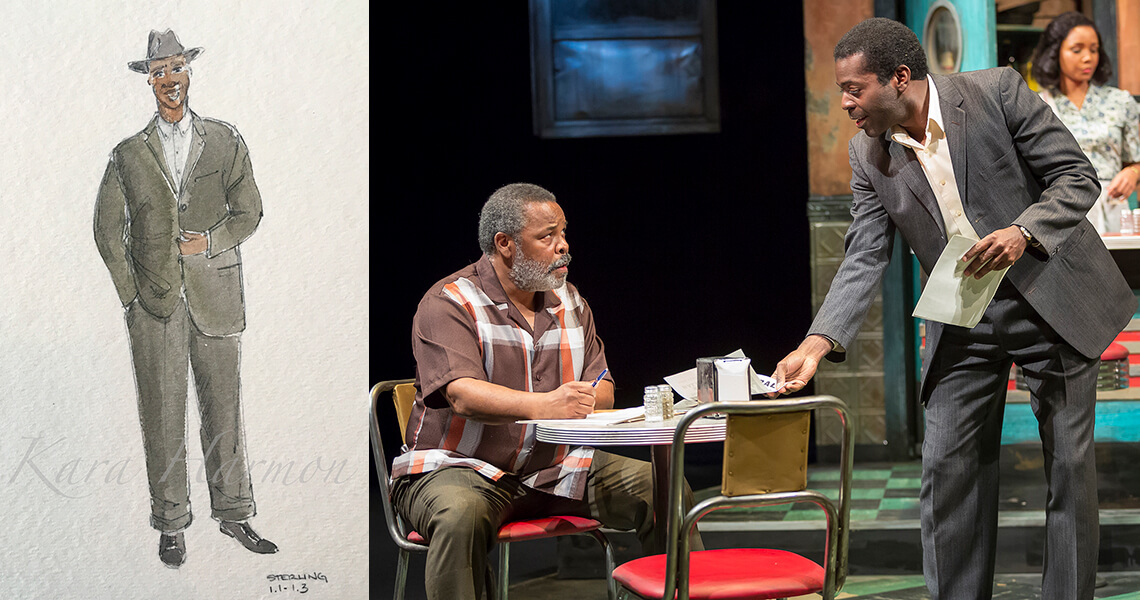 
As a costume designer, what details do you specifically look for when reading the script and discussing the story with the director? What is your process like?

When reading the script, I look for details and references to places, feelings, people and time. I take note of any visuals in the text that are important — for example Wolf comments about West, saying, “Everything he wears is black. Black hat. Black suit. Black shoes..." Not only does this inform what West will wear, but it starts developing the color palette for the show. 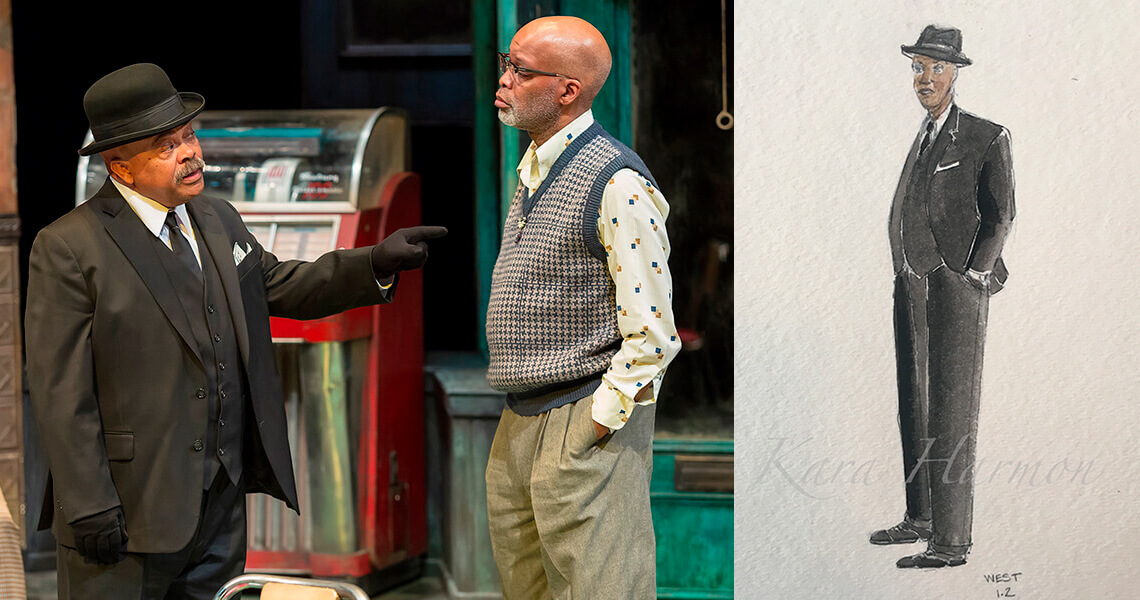 
Next, I look at the timeline of the script to figure out the number of days that pass and what happens in each moment, then create a scene-by-scene breakdown that indicates predicted costume changes. This gives me and the director a chart to refer to as we discover the arc of the story. 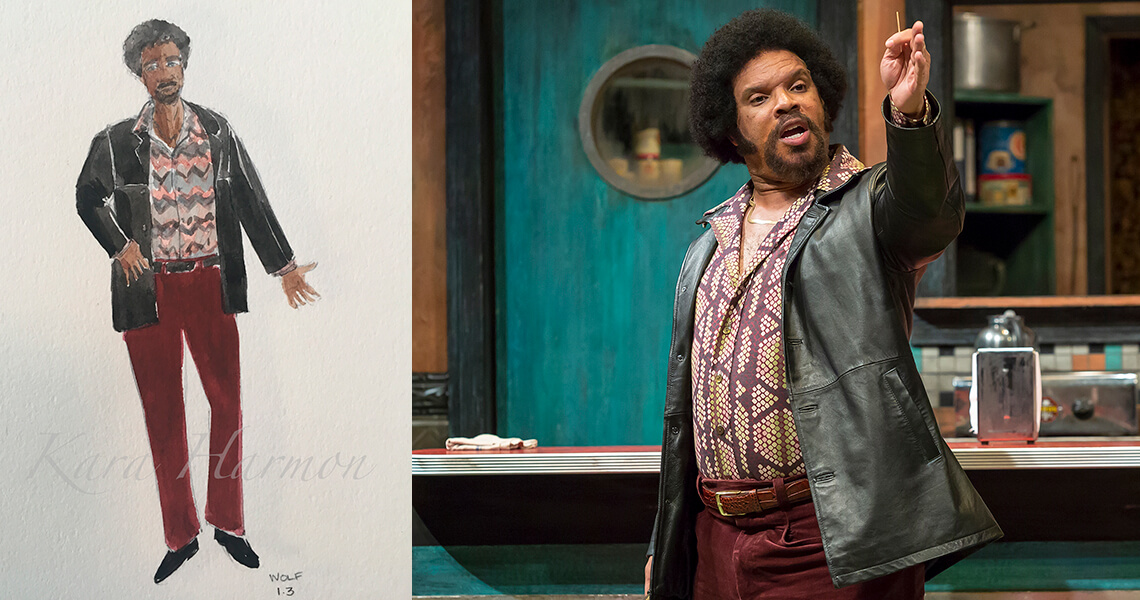 
As I read, I like to make notes about each character; quotes, personality, etc. I take my list of dramaturgical questions and notes to have an initial conversation with the director. My next step is the research. I go back to my character notes and spend time looking through my library and on the internet, categorizing the images. Sketching is the next step once I have research for each look. At this point, the director and I will have another meeting to lay out the whole show and discuss the preliminary design. We’ll continue to meet and refine from there. 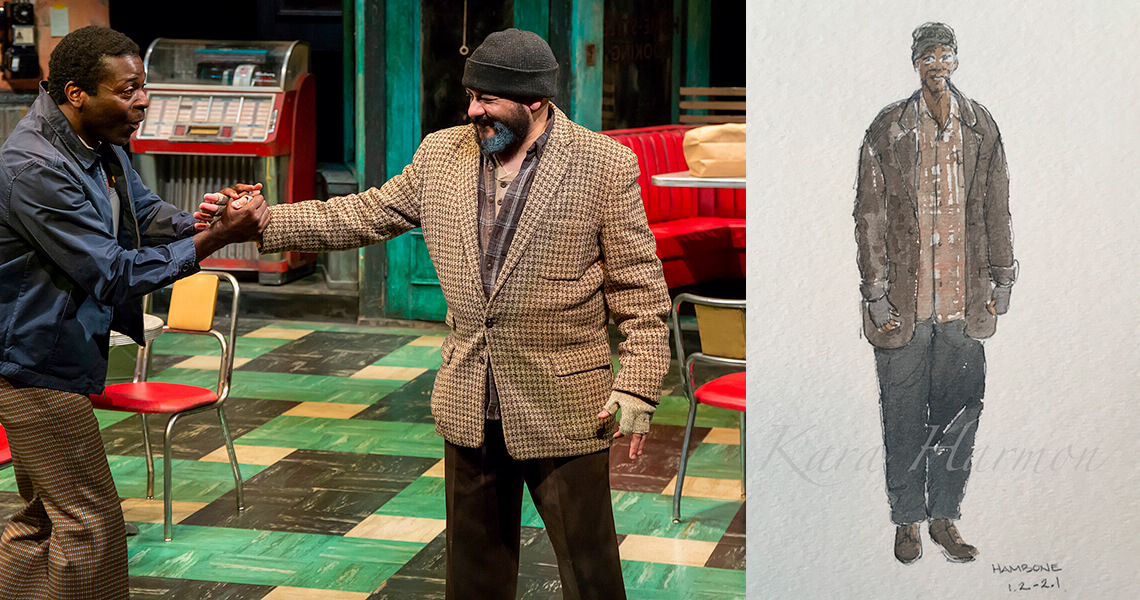