2 Pianos, 4 Hands has enjoyed nearly 4,000 performances in its 24-year history. From your perspective, what has made this play so enduring?

Many people have come up after the show and told me that what Ted and Richard went through is exactly what they went through, except it was playing baseball, or figure-skating, or what have you. Ted and Richard once told me that they knew they had something powerful on their hands when people would come up after the show and start talking about themselves instead of the show. I’ve had that experience myself many times either face-to-face with an audience member or in a letter or email where they say, “Saw the show, and just wanted to tell you I’m getting my piano tuned and taking lessons again.” 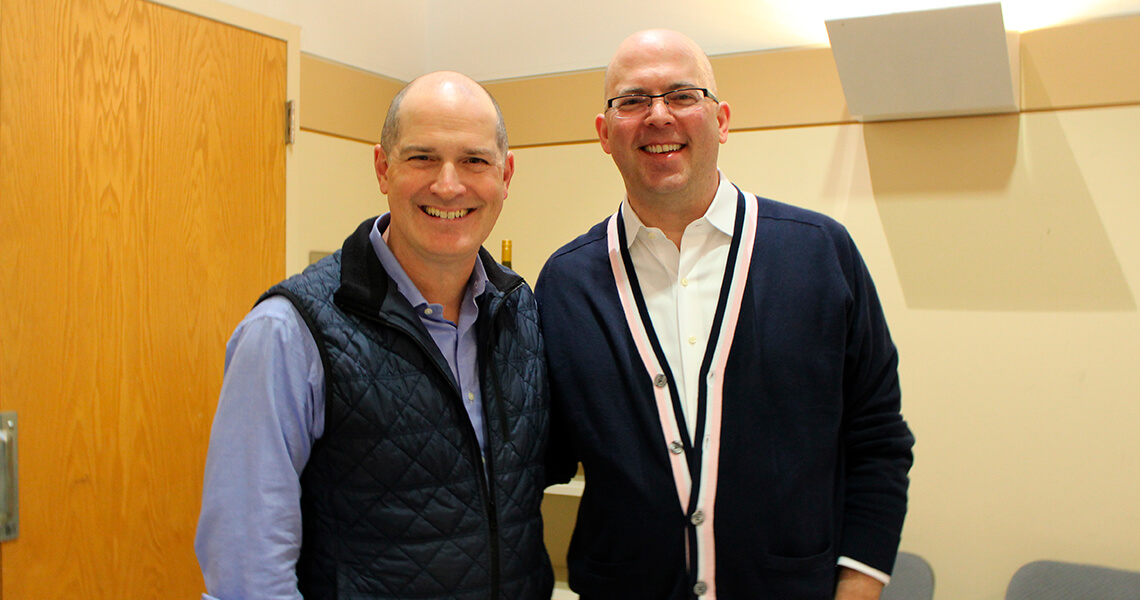 Characters Richard and Ted introduce us to piano teachers they encountered when they were younger. Some are demanding, others are confounding, and all are hilarious. Can you tell me about a memorable teacher from your childhood?

In some way, I had all the teachers that 2 Pianos, 4 Hands talks about: the tough conservatory gatekeeper, the jazz teacher who showed me I wasn’t taking the subject seriously, the parents who couldn’t help themselves from giving a lesson, the teacher who would rather be anywhere else than hear a 5-year-old bang out “I Hear a Bird” one more time. The only one I missed was the nun, but I had a teacher that sort of acted like one. 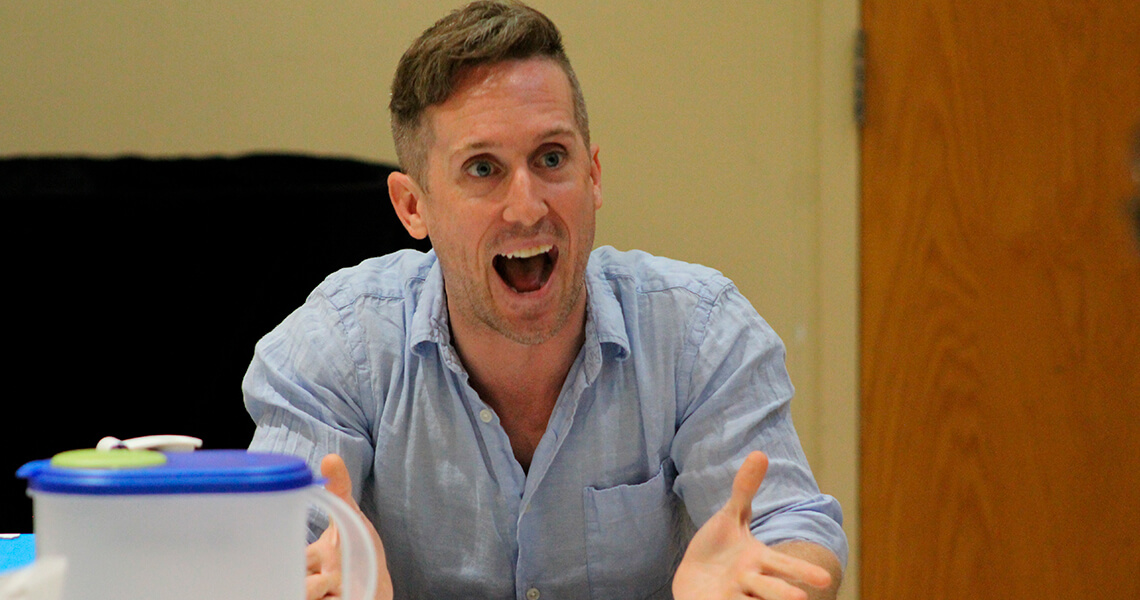 Matthew McGloin (Richard) at the meet and greet for 2 Pianos, 4 Hands.

This show has been called “tears-streaming- down-your-face funny.” You have directed this show multiple times — what keeps you coming back to this material?

There’s a story about Ted and Richard being asked the question, “What do you want this show to be?” Ted answered, “I want it to be as entertaining as possible at all times.” Richard answered, “I want it to be as meaningful as possible at all times.” Those two ideas are really clear in the writing, and the tension between them is a strong motor of the play. As a director, helping two new performers navigate and conquer the nearly impossible mountain of this play is incredibly satisfying to me. I really think in some cases it can be redemptive for them. They get to do something they thought they’d never do again. Then sharing that work with a new audience and seeing the play go straight to their gut is a great feeling. And, oh yeah, 2 Pianos, 4 Hands is incredibly funny. 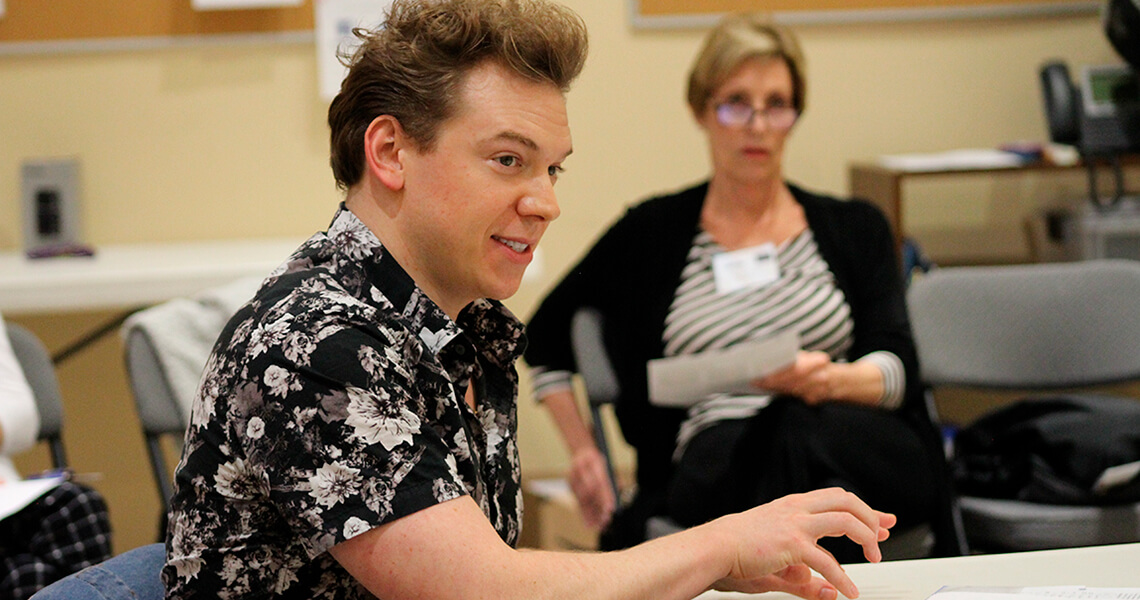 Jefferson McDonald (Ted) at the Meet and Greet for 2 Pianos, 4 Hands.

I’ve been very fortunate to have played both parts in the show, starting with Richard. I was first directed by Andy McKim who ran the Tarragon Theatre in Toronto where the play was developed. From the beginning, I was able to get his insight into the real Ted and Richard and how the show came together, as well as learning from his direction. Sometime after that, Ted started to direct the productions I was in as Richard. When I switched parts and started playing Ted, it was Richard at the helm. In this way, I got to see the show from all sides in a way that most people haven’t. I think this affects how I direct the show in that I know the challenges of each part from the inside out, both acting-wise and pianistically.