Associate Artist and playwright Karen Zacarías (writer of Native Gardens and The Book Club Play) returns to the Playhouse with Destiny of Desire and tells us more about her highly entertaining switched-at-birth comedy and homage to Latin American soap operas. 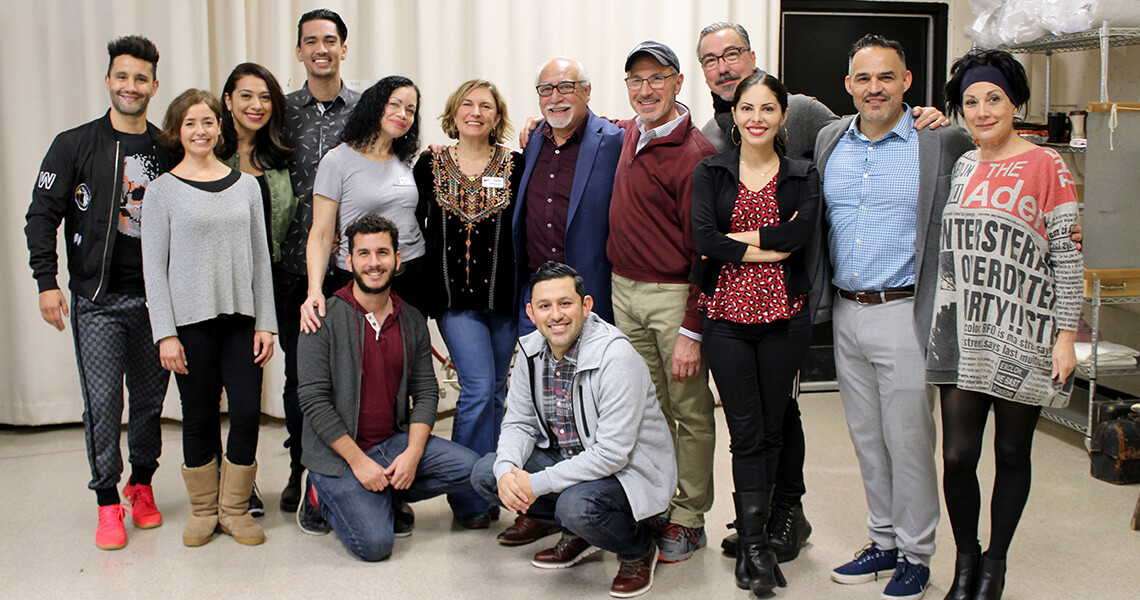 Karen Zacarías with Director Jose Luis Valenzuela and the cast of Destiny of Desire.

You told Broadway World that telenovelas should not be thought of as sarcastic, that in fact these big dramas “believe that people love really strongly and people hate strongly too.” What was it like to explore these big emotions in your writing?

Apathy is antithetical to a telenovela. I so enjoyed throwing my characters full throttle into their passion, their hopes, their fears; there is something so honestly liberating about embracing the major hues of human emotion. The lives of the characters are so full, you can’t help but want to know what happens next, no matter how outlandish the situation may be. 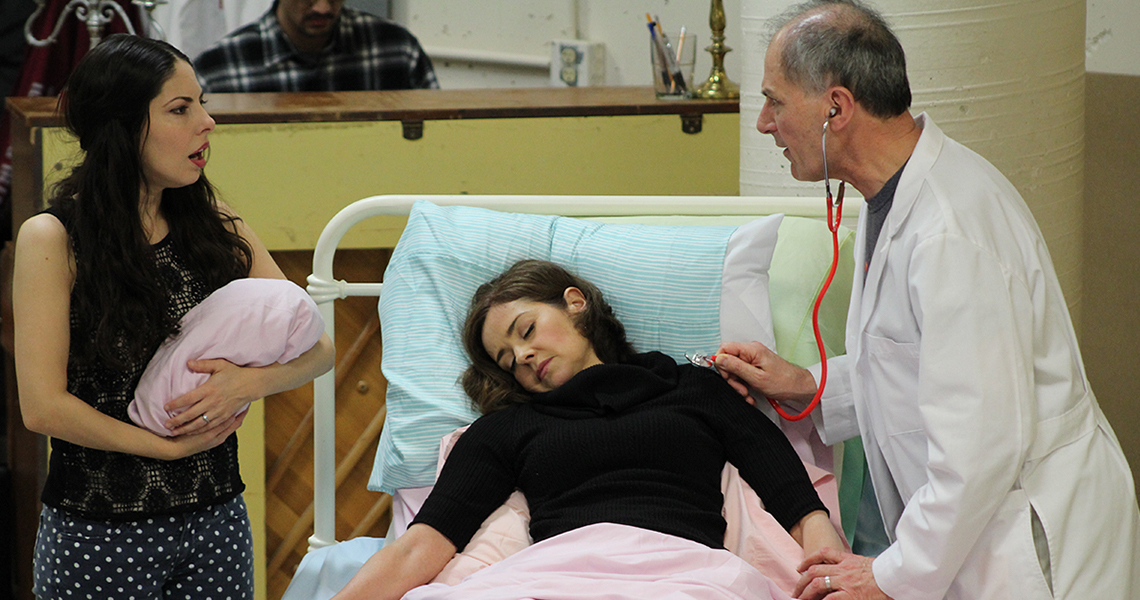 Elia Saldana, Ruth Livier and Mark Torres in rehearsal for Destiny of Desire.

Throughout the play, your characters share facts so wild they feel fabricated, though each one is true. For example, “The telenovela is the number one form of entertainment in the world today. Over 2 billion people, one third of the human race, watch these stories every night.” What inspired you to use this device in your storytelling?

Telenovelas rely on audiences becoming so engrossed they stop questioning certain leaps of logic. Bertolt Brecht, on the other hand, always thought that theatre should move audiences to action and used the device of interrupting scenes with facts to remind people that everything on stage is a metaphor. I wanted to examine both tropes: the engaging melodrama of the telenovela with the reminders that audience members have the power to change their destiny. 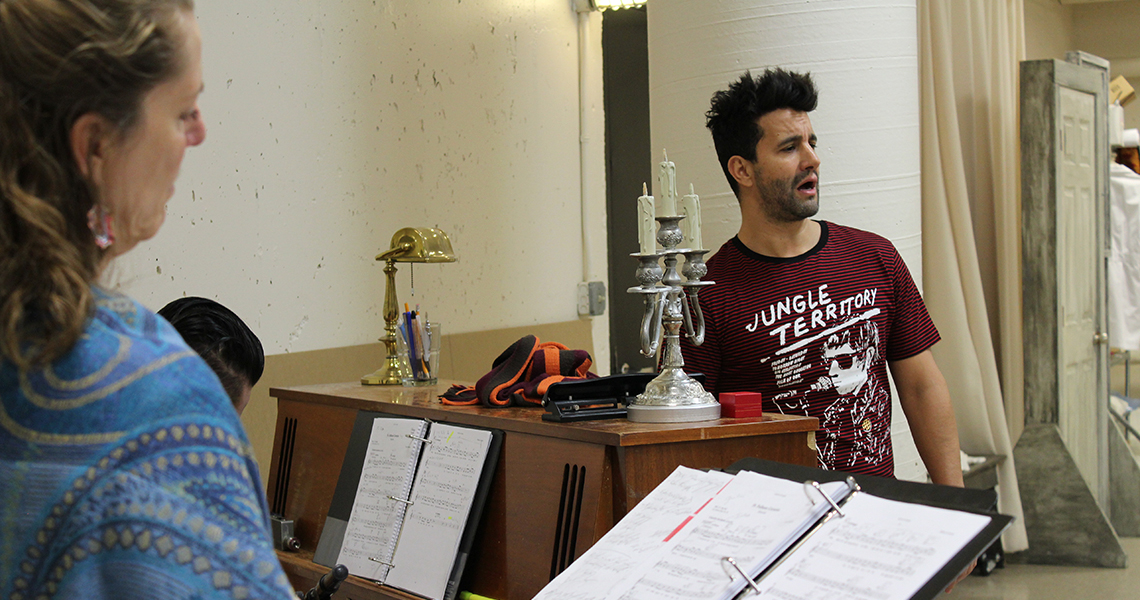 You consider the music within Destiny of Desire to be an extra character all its own. What role does the music play? Why do you feel the music is so important?

Melodrama literally demands melody; music has traditionally been essential to heightening the emotion. I am so excited to have a live musician on stage on a grand piano scoring the entire production with Rosino Serrano’s magical music. 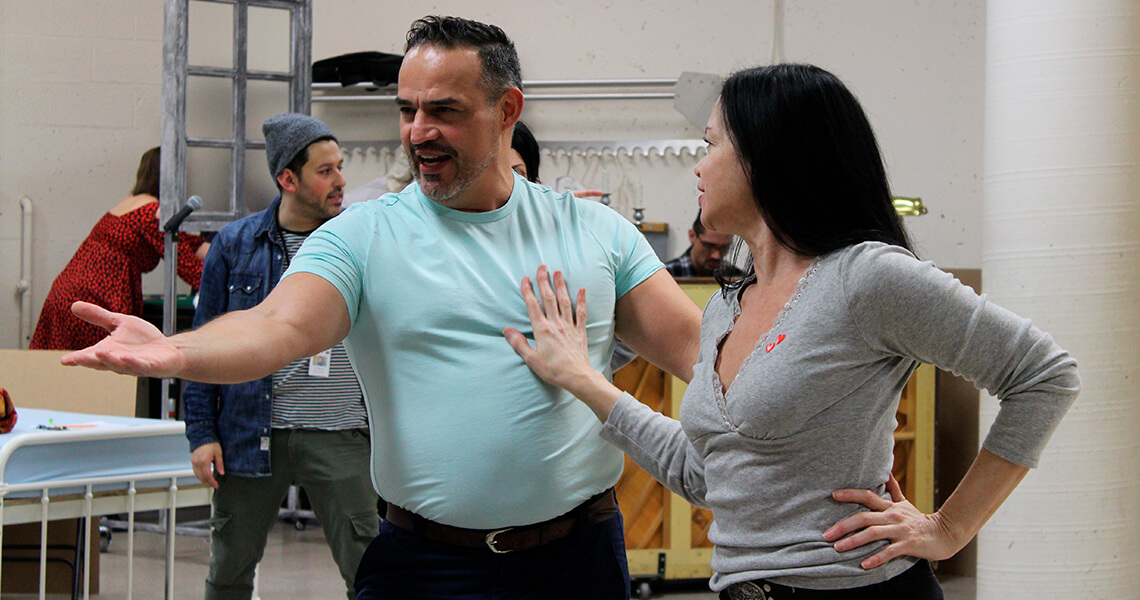 Ruben Flores and Yassmin Alers with Xavi Moreno in rehearsal for Destiny of Desire.

Destiny of Desire is a side-splitting comedy, but it also engages with ideas of class, gender, and other power dynamics. Did the comedy make it easier or harder to shine a light on these concepts?

Comedy is disarming. It’s harder to be defensive or resistant if you have already opened up to the play through laughter. I find that comedy allows me to listen in a different way than drama does.