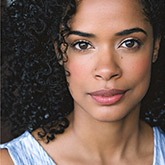 Maribel is pleased to be making her Cincinnati Playhouse in the Park debut. Her off-Broadway credits include Rip Van Winkle or Cut the Old Moon into Stars (Hudson River Valley Shakespeare Festival) and Julius Caesar (The Public Theater’s Shakespeare in the Park). Regionally, Maribel has played at Santa Cruz Shakespeare and New Swan Shakespeare Festival in Irvine. She has taken part in workshops in developing plays by Korde Arrington Tuttle at JAGFest, Guadalís Del Carmen with SolFest and Dacyl Acevedo at The Lark. She received her MFA from University of California, Irvine. Please visit www.maribel-martinez.com. Instagram: @instamarbles

I have been acting since middle school. A counselor thought that taking an acting class in seventh grade would be a good idea for me since I was (and continue to be) a shy kid. From then on, theatre was a guiding light for me. I trained at University of California, Irvine, where I got my MFA in acting, along with a variety of classes in New York City. 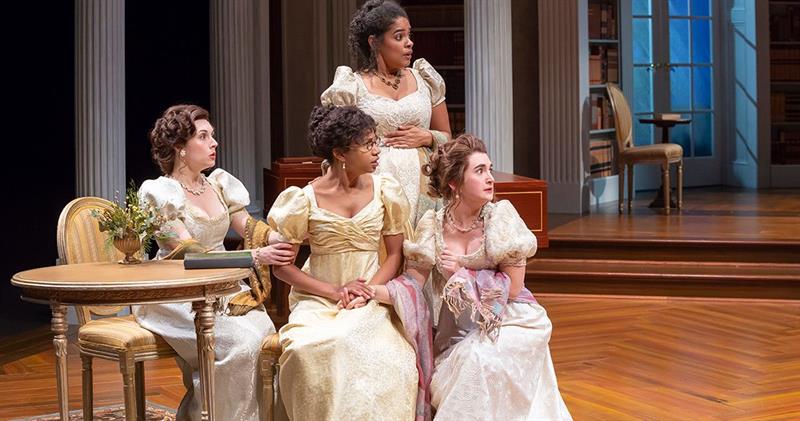 It goes back to our first assignment in that seventh-grade drama class. We were asked to write and perform a monologue in the voice of someone else. I choose my grandmother — she had just passed — and I felt such a deep connection with her as I performed the words I wrote for her. I felt like a giant for the first time. I knew that I wanted theatre to always be a part of my life.

There are so many aspects of the job that I love. Community is a big part of my love for it. And what I mean by that has always changed. In high school, it meant that I was a part of a community — we were a bunch of drama geeks who were seeking a place to belong. In grad school, it meant being a part of community that was very passionate about telling stories and learning how to tell stories as effective and wholeheartedly as possible. And now in my professional life, I'm hoping to continue to investigate how stories effect communities, how important they are to communities and how to be as inclusive and detailed in my storytelling as possible.

This is a really hard question! I love all of the characters I have gotten the chance to perform for different reasons. The most fun has been Gabriella in Boeing, Boeing. She was just so sexy and fun and playful and silly. But right up there is also Ophelia, just loving wholeheartedly and making mistakes and getting her heart broken. 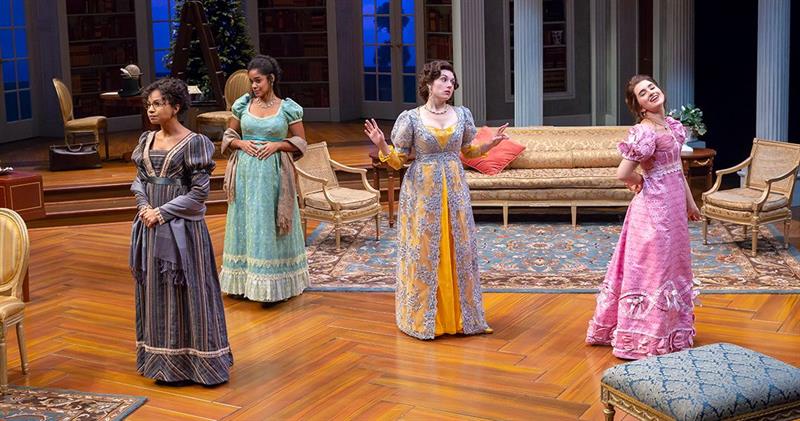 
What role have you been dying to play, and why?

Another hard question! Because, as a woman of color, some roles are traditionally not awarded to us, so I don't often read a play and automatically see myself in it. When I get a role, I have to do some work to sneak into the character's skin before they feel like they are truly a part of me. But... Lady Macbeth is up there. She is ambitious, bold, strong and very complicated — I love a challenge.

What has been the most interesting part of working on Miss Bennet: Christmas at Pemberley so far?

I have absolutely loved working on Miss Bennet! The cast, director, crew, administration — everyone has been so welcoming and really invested in making this story so joyful and meaningful.

For me, the most interesting part of working on this play as been the conversations that we've had, both with the audience and in the rehearsal room. The diversity in the cast is a very purposeful choice, and with that choice comes figuring out how these beloved characters are changed — the words are changed, the actions are changed. We have had a team that is willing to be color-conscious during our creative process while also ensuring that the playful spirit of the story stays intact. That is rare to find.