Share
In a 2015 interview with PBS NewsHour, playwright/composer Lin-Manuel Miranda describes how the story of In the Heights was borne out of his desire to have a career in musical theatre. The problem, though, was a startling lack of roles that are written for Latinx performers.

“There’s only about three great roles for Latino men in musical theatre,” he says. “You’re Bernardo [in West Side Story], you’re Paul in A Chorus Line or, if you can really sing, you’re Man of La Mancha. … So, I wrote something that had so many parts for Latinos because I knew there was a void there. I knew it because I was going into that world and I was scared.” 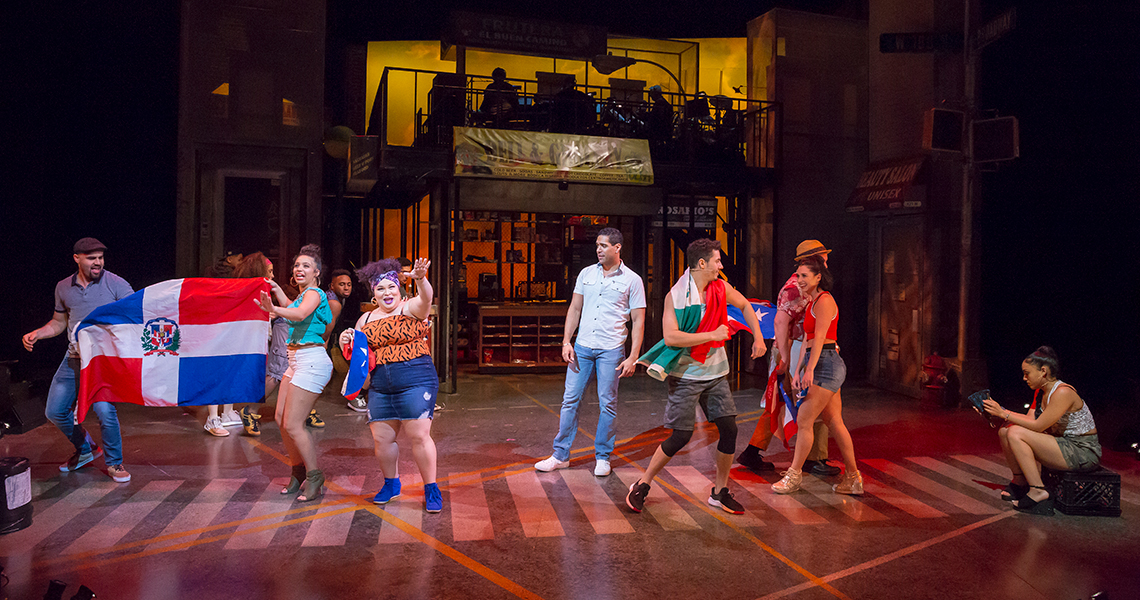 The cast of the Playhouse's production of In the Heights. Photo by Mikki Schaffner.


In the Heights features a vibrant community of characters of Latin descent who call Washington Heights home. The show’s legacy — along with Miranda’s follow-up smash hit, Hamilton, which features actors of color in nearly all its lead roles — reflects the changing landscape of American theatre.

Here’s a list of notable Latinx, Hispanic and Chicano/a playwrights who have influenced American theatre and published stories that reflect their heritage and identity.

The list below is a continuation of the above lobby engagement that’s currently on display outside the Marx Theatre for In the Heights. Click on the image above for a better view of the display. That list includes information about Lin-Manuel Miranda, Quiara Alegría Hudes, María Irene Fornés, Nilo Cruz, Luis Alfaro, Octavio Solis and Karen Zacarías.

“The dominant culture gets to have complicated narratives in the media… But we’re either cartel or we’re squeaky-clean girls. The big, radical thing that I’m trying to do is to portray Latinas as complex human beings.”

Saracho is the creator/showrunner of the Starz series Vida, which premiered in 2018.

“Respect your history, listen to your ancestors, tell the truth and write your own story — or someone else will write it and get it all wrong.”

“Tell the stories you want to tell. Not the stories you think others expect you to tell. The ones you really, really want to tell. … The U.S. theatre community (and U.S. society in general) has such a narrow understanding of what it means to be Latin@. By being true to yourself you can help them understand the full, wonderful diversity and complexity of our community.”

Zimmerman has also written for the popular television series Ozark and Narcos on Netflix, and Blood & Oil on ABC.

“I love characters who find themselves in moral conflicts. I love gray. I like the hard questions. I’m a fan of politics that have been humanized and dramatized. I think there’s a way to write a strong political play without landing in agit prop land. I delight in the balancing act of that. I want to have as much empathy for my antagonists as my protagonists. I love the quandary of being challenged to love someone I hate.”


To learn more about the Playhouse's production of In the Heights, visit our production detail page.