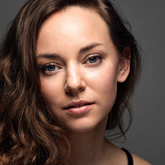 Kate is thrilled to make her Cincinnati Playhouse in the Park debut as Cath in Tiny Houses. She has previously worked with Chelsea Marcantel in workshops of Airness and White Girls Guide To International Terrorism. She has worked regionally at The Guthrie Theater (Juliet in Romeo and Juliet, Broadway World Regional Best Actress nominee), Long Wharf Theatre and Chautauqua Theater Company. Film credits include Damage, Brothers and About A Teacher. Television includes Blue Bloods and The Good Fight. Education: Juilliard. Thank you Ali, Tom, Mom and Dad.

I played Peter Pan when I was 12. I’d done a couple of things before that, but that was the first time I felt confident on stage. After that I was a goner. I got my BFA from New York University and my MFA from Juilliard. Whenever I doubt my ability, my partner likes to remind me that I went to acting school for eight years. 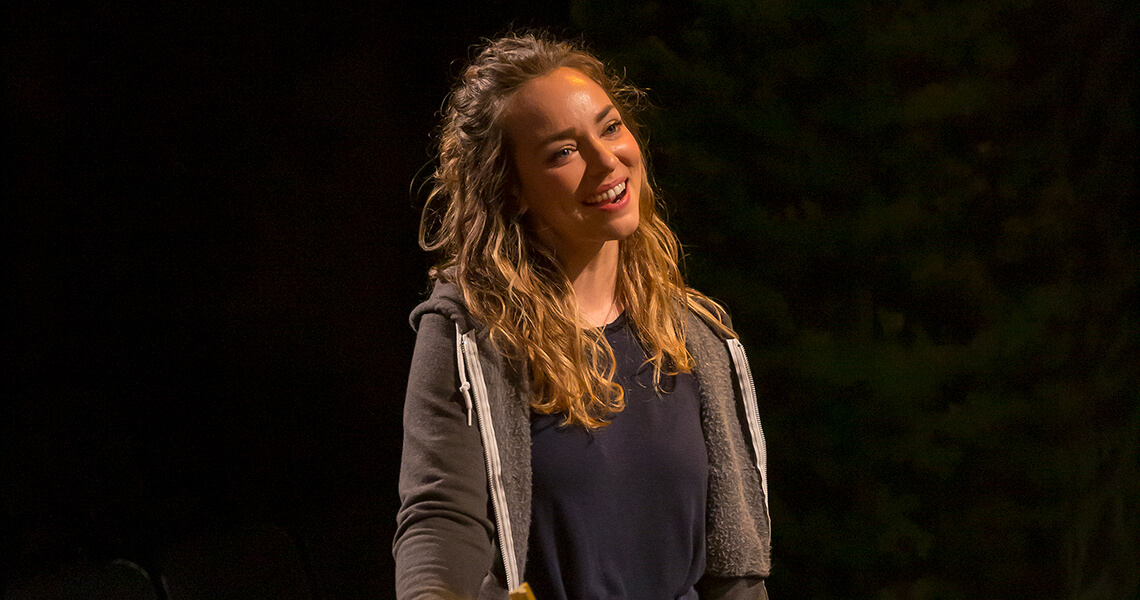 I remember watching Kate Winslet in Sense and Sensibility, standing on an English hill in the rain and crying her guts out and quoting Shakespeare in a beautiful muslin gown. I think I was like 7 or 8, but I was obsessed. When I found out that that was a job, that was it. Claire Danes in Baz Luhrmann’s Romeo & Juliet was also an entire mood for preteen Kate. My favorite part of acting is that it creates a safe place where you can explore the darkest and scariest and most thrilling parts of being alive. I’ve learned a lot about myself and have processed a lot of difficult experiences through acting work (and therapy! None of it really works without therapy). It has helped me learn to communicate and care for myself.

Juliet in Romeo & Juliet. Juliet forever. She’s the smartest, bravest, wildest young woman, and I love her with my whole being. She lives her life on her own terms until the very end. Getting to play her was like the endgame of 13-year-old me. My other favorite is Breanna in Night Workers by Torrey Townsend. Night Workers is about an AA chapter, and it has such deep love and respect for its characters, who are all struggling with addiction. Breanna is so strong and kind and has such difficulty loving herself. It’s an ensemble play and a new play, which is my favorite thing to do. New work and Shakespeare. 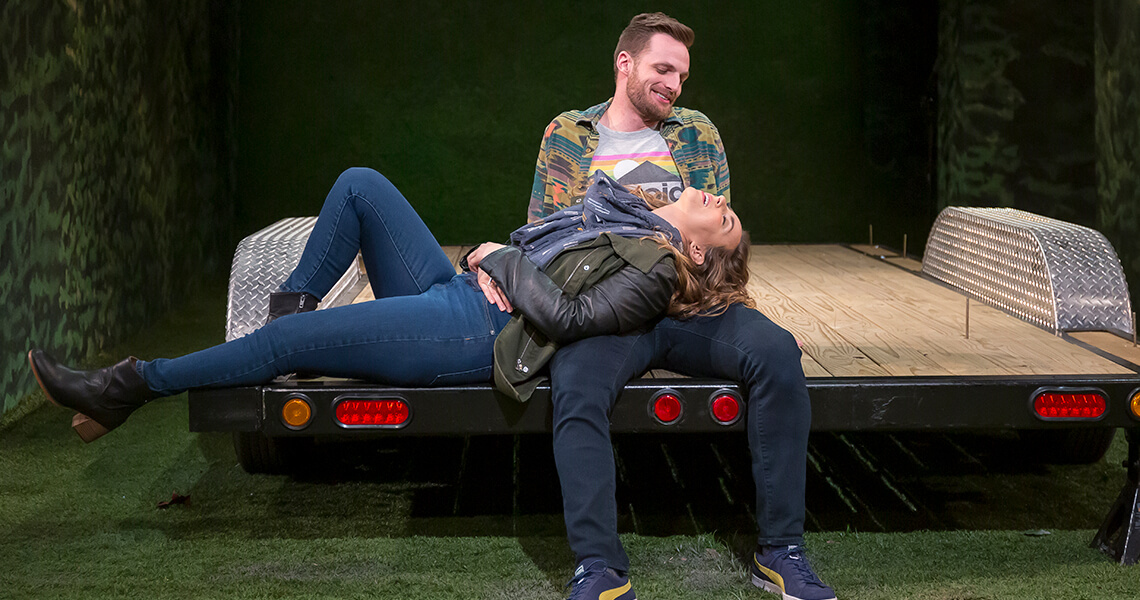 Masha in Three Sisters. I kind of subscribe to the idea that if you haven’t seen the part done in the way you imagine it, then you need to do it. I think Masha is fighting for her life, and she’s so brilliantly funny. Imogen in Cymbeline. Miss Julie. Nora in A Doll’s House. And a thousand brilliant women who haven’t been written yet, whose struggles don’t revolve around patriarchy.

I’ve loved doing it in two very different spaces. Learning how to pitch the same show to two houses with very different demands has been such a great learning experience. And getting to be Cath, who makes bold moves and never apologizes. There are so many sneaky and unnecessary ways that I apologize for just being. Cath is teaching me to stand inside myself.