Buddy: The Buddy Holly Story is a sensational musical about the bespectacled, 1950s rock and roll icon. This non-stop rock show recounts Buddy Holly’s meteoric rise to fame and the impact he left on the industry. Performances include over 20 of his greatest hits like “That’ll Be the Day,” “It’s So Easy to Fall in Love” and “Peggy Sue,” along with Ritchie Valens’ “La Bamba” and The Big Bopper’s “Chantilly Lace.” 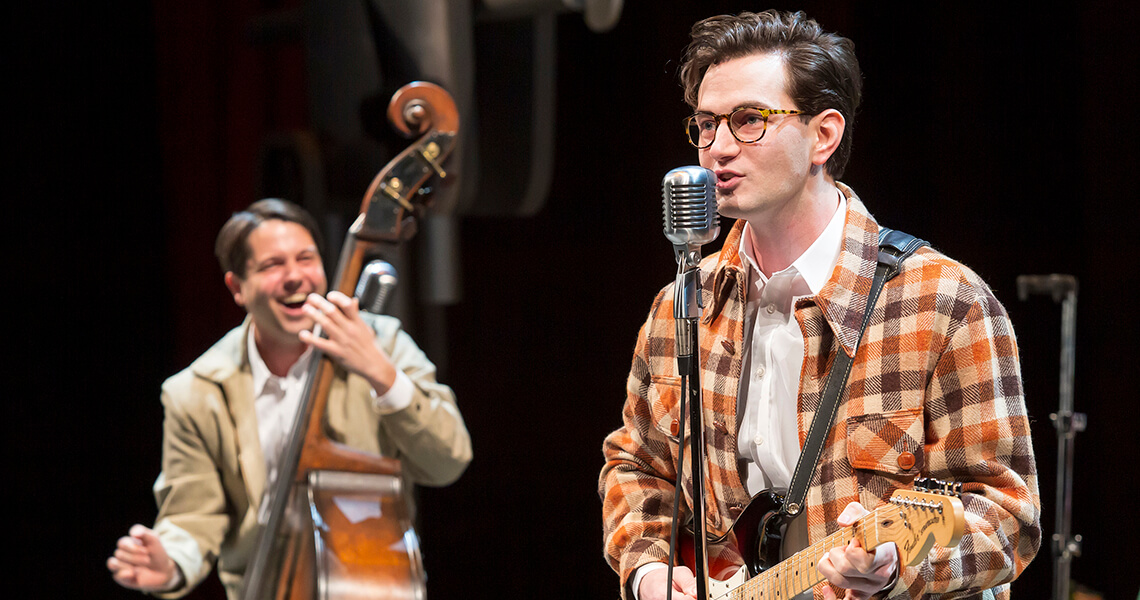 As one of the first artists inducted into the Rock and Roll Hall of Fame, Buddy Holly is considered of the most influential creative forces in early rock and roll. See what other rock and roll legends have said about Holly and his band The Crickets.

“He had recorded something like 60 songs and every one of them was a hit, and most were hit records. Even the Beatles cannot compare to the magnitude of this contribution. The music he made, he invented himself, with very little help from others.” — Don McLean

“I still like Buddy's vocal style. And his writing. One of the main things about The Beatles is that we started out writing our own material. John and I started to write because of Buddy Holly. It was like, ‘Wow! He writes and is a musician.’” — Paul McCartney

“I was looking for a name like The Crickets that meant two things, and from crickets I got to beetles. And I changed the BEA, because ‘beetles’ didn't mean two things on its own. When you said it, people thought of crawly things; and when you read it, it was beat music.” — John Lennon 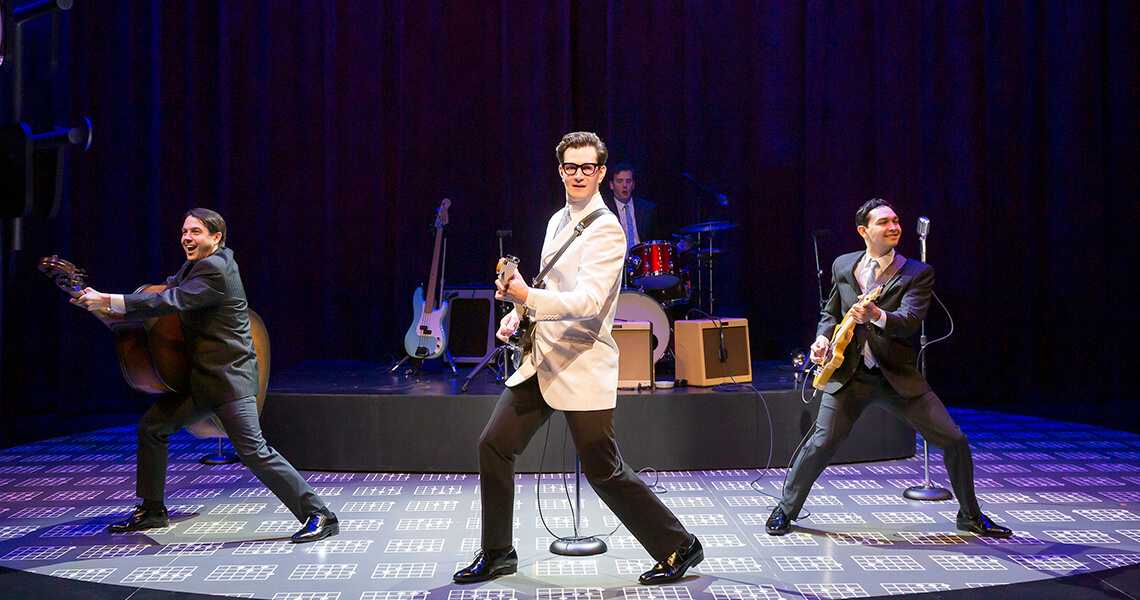 “Buddy Holly was the first one that we were really aware of in England who could play and sing at the same time — not just strum, but actually play the licks.” — John Lennon

“I play Buddy Holly every night before going onstage. It keeps me honest.” — Bruce Springsteen

“It was the fact that we were doing Buddy’s song [‘Not Fade Away’] that also gave us the extra provocation to start writing our own songs.” — Keith Richards

“I just have some sort of feeling that he was — I don’t know how or why — but I know he was with us all the time we were making this record in some kind of way.” — Bob Dylan 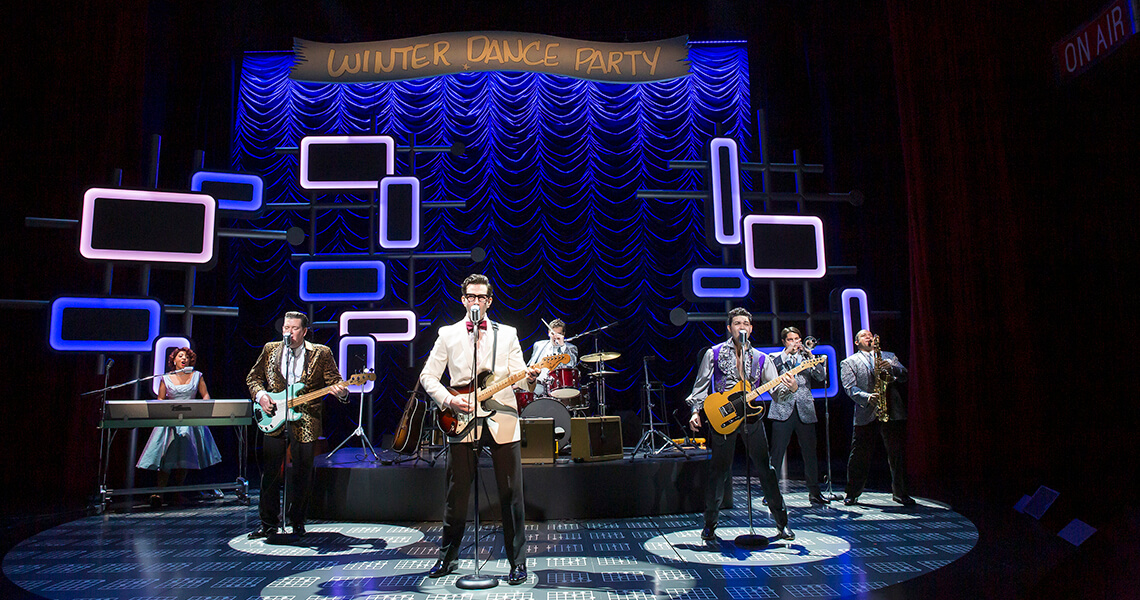 The cast of Buddy: The Buddy Holly Story. Photo by Mikki Schaffner.

"[John] wore glasses, but he would only wear them in private… But when Buddy came out, the glasses came out too… In our imaginations back then, John was Buddy and I was Little Richard or Elvis. You're always somebody when you start.” — Paul McCartney

“I only needed specs for reading, but as a result of wearing them all the time to try to look like Buddy Holly, I became genuinely nearsighted.” — Elton John

“Of all the music heroes of the time, Buddy Holly was the most accessible, and he was the real thing… He was one of us.” — Eric Clapton

“Buddy Holly’s death is what I used to try to write the biggest possible song I could write about America. And not a ‘This Land Is Your Land’ or ‘America, the Beautiful’ or something like that. I wanted to write a song that was completely brand new in its perspective.” — Don McLean 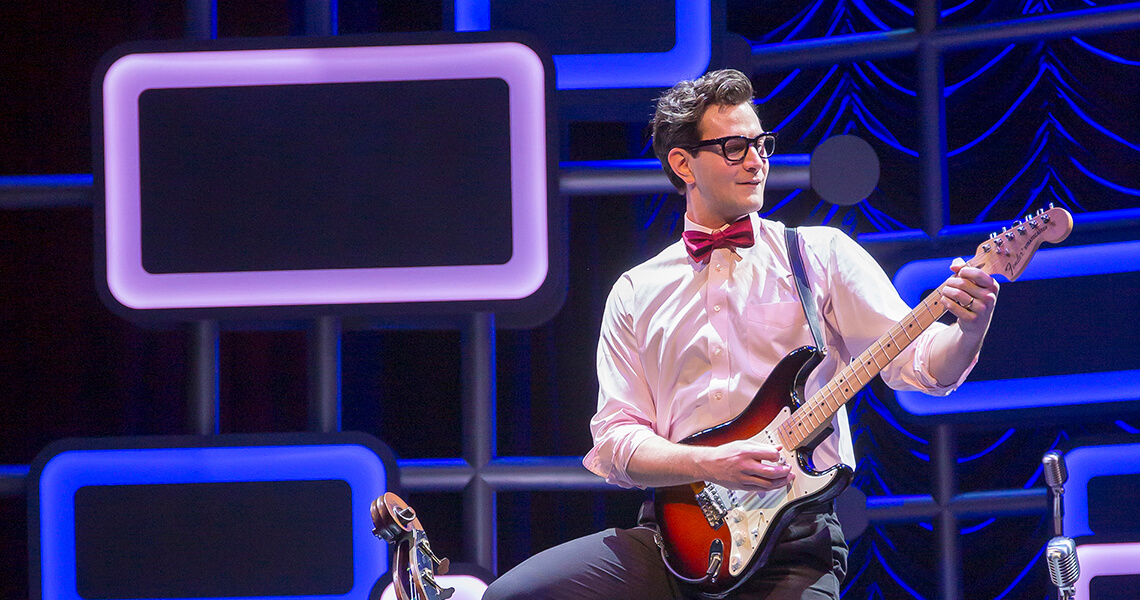 To learn more about the Playhouse's production of Buddy: The Buddy Holly Story and to snag tickets to this fast-selling show, visit our production detail page.